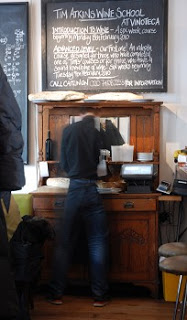 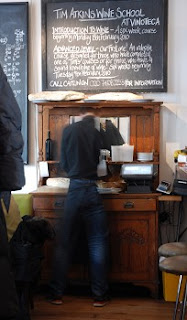 We visited for lunch and we were very impressed. The restaurant is a little more relaxed than your other wine bars and the staff are very friendly and helpful. The menu recommends a wine with every dish but it was lunch time so we stuck with the water. To eat we opted for the Char-grilled bavette with chips, served medium rare. The steak was cooked perfectly, very tender and tasty. We were equally as impressed with the chips which were homemade fat crispy, fluffy hunks of potato – proper man chips. At only £14.50 it’s rather cheap for steak and chips.

Would we go back? Hell yes!