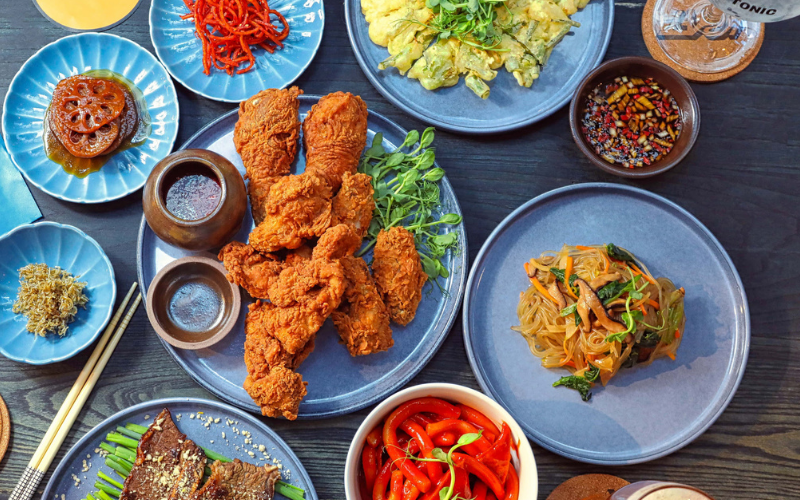 KRAFT Dalston, the East London outpost of the German brewery that also has bars in Mercato Metropolitano and Mercato Mayfair inside the Kingsland Locke aparthotel, opened last year with Le Bab in the kitchen. Now they’re switching things up a bit by bringing in a brand new trader to take care of the food. Seoul in a Bottle is a new modern Korean concept putting a twist on family recipes and traditional ways of eating with a menu of sharing dishes, including short ribs, fried chicken, sweet & sour aubergine, ttokbbokki with gochujang sauce, japchae, bulgogi bibimbap, and kimchi fried rice.

As well as the Korean food, you can get proper German craft beers (made to the traditional method using water, malt, hops and yeast) fresh from the tank, cocktails using Jim & Tonic spirits (the gin is also distilled on site), Jam Nights on Tuesdays and DJs at the weekend. If you want to be one of the first people to try it, Seoul in a Bottle is knocking 50% OFF any dish during their soft launch period running 8th – 14th July.