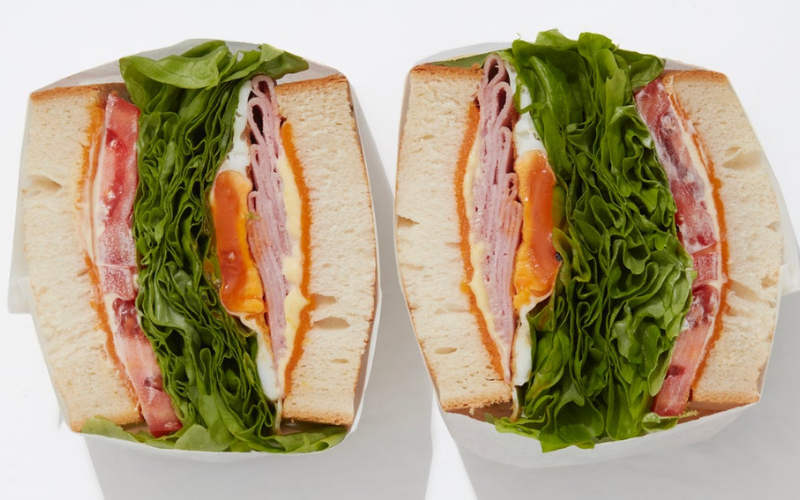 There’s a new sandwich shop opening its doors in Notting Hill, but SSHHH it’s a secret. Well it was until now. Secret Sandwich Shop is the latest sarnie place to take residency in West London featuring a menu of East Asian flavours slapped between two slices of bread. All the sandos are based on the Japanese Wanpaku which takes the humble sarnie to a whole new level with arty layers of veggies, meats and other delicious things, making it a treat for the eyes (or should we say the ‘gram) and the mouth.

Some of the menu highlights include the 7th Avenue (aka a textural bomb) loaded with Swiss cheese, pastrami, sauerkraut, crispy shallots, crunchy pickles and Kewpie mayo, as well as their signature Egg Salad Sando which features a perfectly jammy soft boiled egg together with egg mayo, spring onion and Japanese rice vinegar. They’ll also be updating the menu with monthly specials and exclusive collabs too, so watch this space. And whilst it’s already been serving West Londoners through both their own app and Deliveroo, it’ll open for soft launch on the 14th and 15th May before officially opening on 20th May (with seats inside too). Could this be the best thing to happen to West London since sliced bread?