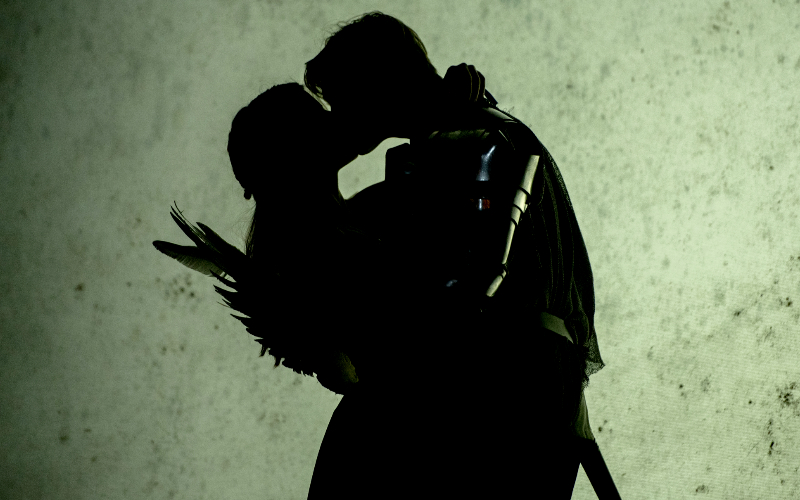 Instead of resting on their laurels after putting on an epic production of Blade Runner the Secret Cinema team decided to take on their biggest production ever with William Shakespeare’s Romeo + Juliet.

The Baz Luhrmann film has such a strong aesthetic (which is exactly what Secret Cinema looks for) and they really did manage to recreate Verona Beach and key locations from the movie, including the Capulet mansion and the Montague garage. Essentially it’s a festival complete with rides, food stalls, bars, pop-up shops and lots of music, from DJs to choirs. We forgot how good the soundtrack is, so you will defo find yourself dancing at some point during the night.

The size of the site and the sheer number of attendees does mean you have to move around more to get involved in the interactions, although the actors do a good job of covering a lot of ground – we did actually bump into Romeo himself. The Capulet/Montague loyalties are taken seriously by the actors (it is a kind of the whole point of the story after all) so defo be vocal about the house you’re in.

As there’s just one massive screen and it’s unreserved floor seating, you’ll all have pretty much the same experience when it comes to actually watching the film regardless of the ticket type you have – there are a couple of roped off areas for VIPs (where you get cushions and some snacks) but you don’t necessarily get a better view. We would say not to leave it too late to find your spot as there are some things that happen before the film on the main stage that you won’t want to miss. As per, the screening element is very well executed, striking the right balance between surprise performance elements and letting the film play out.

Given the scale of the production plus the fact that it’s totally outdoors, Secret Cinema really have done an impressive job with this one. Hawaiian shirts at the ready and prepare for the truce of two houses.