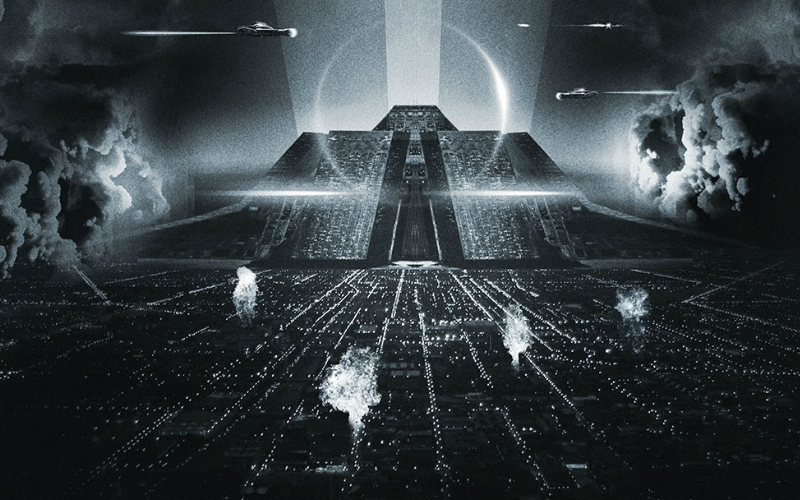 With the new Blade Runner 2049 coming out to great acclaim last year, now is the perfect time for Secret Cinema’s new production of Blade Runner – The Final Cut (well actually, next year might have been even better seeing as it’s set in 2019!) However, given the original is such a classic and the renewed interest in the film plus the rich visual world of the Blade Runner universe, it is absolutely perfect Secret Cinema fodder and the four month run (April is already sold out) shows there are plenty of people willing to shell out for the experience.

Secret Cinema have honed their productions over time and they pretty much nailed it with their epic Star Wars show. Blade Runner is a similarly pro affair, with incredible sets, lashings of neon lights, tons of actors and spot on food – grab a steaming bowl of noodles and you do start to feel like you’re in the film. There’s even indoor rain which kicks into action at regular intervals. That may sound like a nightmare and you WILL get wet but it’s actually completely crucial to the atmosphere. Standing in a crowd full of people with umbrellas up being pelted with rain while watching the actors recreate the final scene was an absolute high point.

Whereas the Star Wars show led you through lots of big plot points by the hand, the Blade Runner experience is more about getting stuck in yourself, exploring as much as possible and speaking to the characters. Once inside the main area, you are free to explore at will and the more you do, the more you get out of it. We don’t want to ruin it for you with specifics but there’s a great bar/club area with live music and the police station is well worth a visit too. Everyone will have their own experience however and that’s one of the great things about Secret Cinema.

It’s worth just coming for the film screening to be honest, which is brilliantly handled with incredible sound and just the right amount of extras to enhance the experience without being too distracting. We can highly recommend the VIP experience by the way as you’ll get front row reserved seats for the screening and table service throughout the film for drinks.

If you’re a Blade Runner fan or Secret Cinema fan or even BOTH then you’re going love this show – just don’t forget your umbrella!