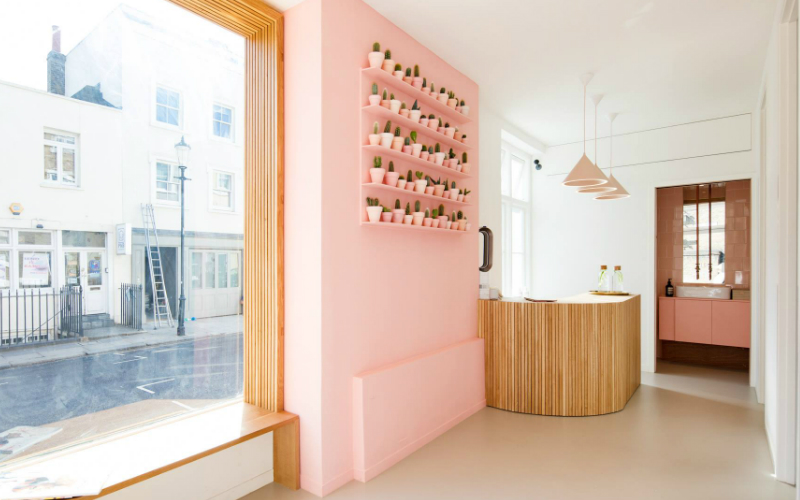 Having become super popular in the States we’re surprised that sugaring hasn’t massively taken off in London, especially as it’s better for the environment and the skin than waxing or hair removal cream. The new salon in Notting Hill is London’s first and only (for now) independent sugaring company, created with Instagrammers in mind – think millennial pink walls, cactus-lined shelves and wet wipes adorned with “I love my muff”.

For those who don’t know what sugaring is, it’s an ancient method of hair removal using sugar, lemon and water to create a mixture that’s similar to wax. It’s said to be less painful because the therapist pulls in the direction of the growth and unlike wax, the mixture only sticks to the hair rather than the skin. We’re not gonna lie we can’t back this claim up as we’re pathetic when it comes to hair removal pain and it felt pretty much the same.

We can, however, say that our legs were super smooth – it’s said to exfoliate the skin as it removes dead skin cells and leaves less ingrowing hairs as there’s no damage to the follicles. That along with the fact it’s completely natural and the most eco-friendly form of hair removal means we’re a convert and we’d suggest you give it a go too. It’s about time we all made some small changes.