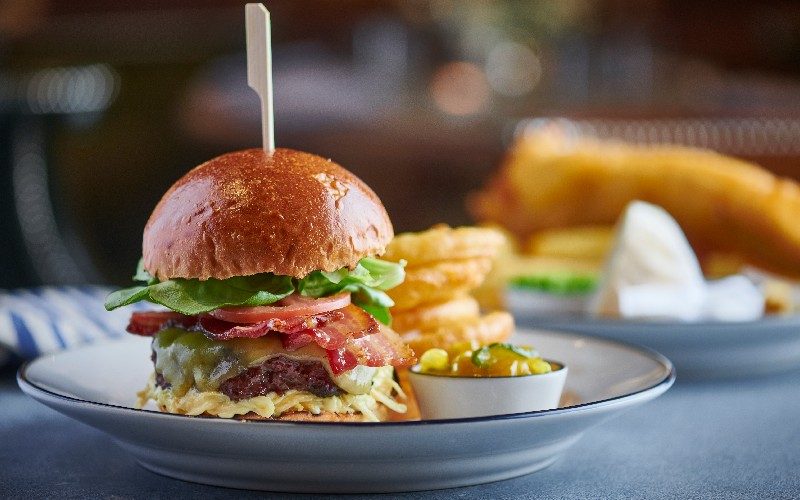 She’s left the Michelin-starred pub The Harwood Arms but Sally Abé isn’t getting out of the pub game completely as she’s opening The Blue Boar, in what will be the first of four spots from her at the Conrad London St James. The space itself has had a big refurb including the addition of a new bar, which will be stocked with craft beers, wine and gin, and Sally’s put a modern spin on a classic pub menu.

Her dishes include coronation chicken scotch egg with golden raisin chutney, potted Cornish crab with cucumber jelly, mushroom sausage roll with pickled walnut ketchup, fallow deer burger with celeriac & bone marrow remoulade and bread & butter pickles, and earl grey & chocolate mousse with salted caramel. And you can’t have a pub without a pub roast, so she’s created a range of roasts using Lake District Farmers meats with all the trimmings and a Bloody Mary cocktail list to go with it.