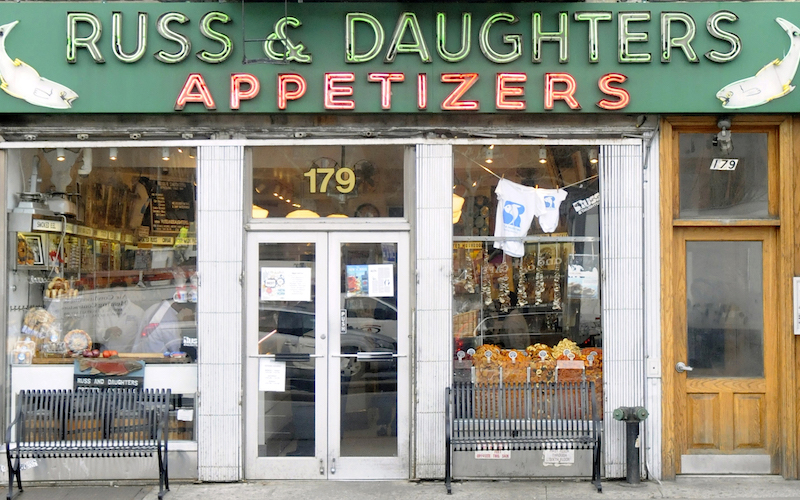 Like the nearby Katz’s Delicatessen, Russ and Daughters comes with an incredible history. Originally founded in 1914 round the corner on Orchard Street, Joel Russ moved his Jewish deli to East Houston Street in 1920 where it’s stood pretty much unchanged ever since –  it’s now in its fourth generation of family ownership. In 2014 they opened a proper sit down cafe but we like the original store for its history, jam-packed shelves, and quick grab and go set up (although the constant queues might take away the ‘quick’ part). 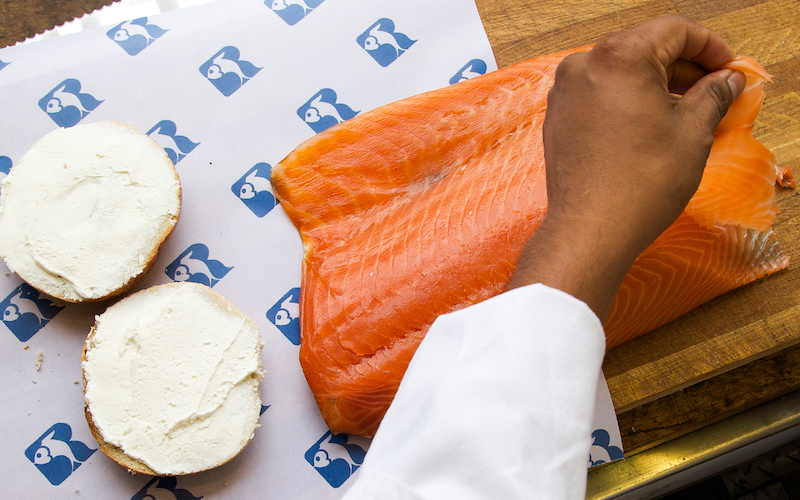 Russ and Daughters specialises in smoked fish, caviar, and breads – you can pop in to buy products to take away or they will make up a sandwich or bagel for you in the shop. With a choice of over 10 cream cheeses, including ones infused with caviar, plus a massive range of smoked and cured salmon, plus mackerel, tuna, and trout, the possible combinations are endless but we reckon the classics are the best. We went for the ‘everything’ bagel with grav lox cured salmon, spring onion cream cheese, and some extra slices of red onion to add some crunch, and it was worthy of all the hype. The only mistake we made was not ordering two. We weren’t silly enough to miss out on ordering a babka ice cream sandwich however, featuring soft vanilla ice cream squashed between two round discs of babka cake – it’s good to see that even a place that’s been around over 100 years can still be bang on a dessert trend.

Want more? Check out our Ultimate Guide to New York.