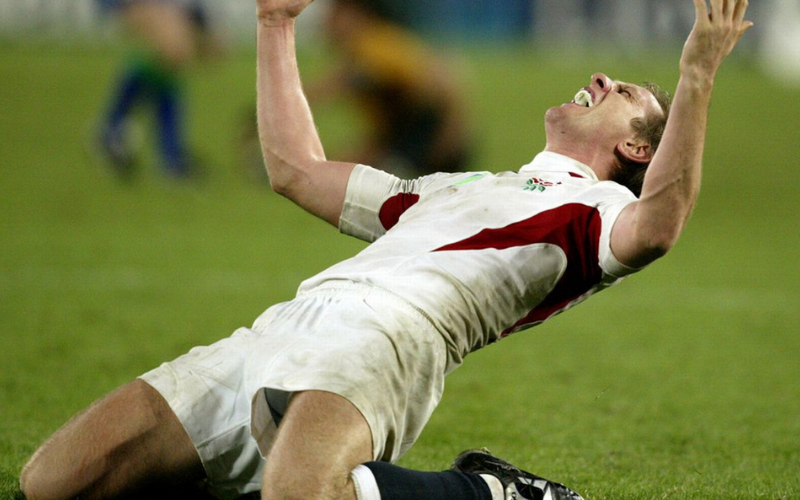 Rugby and reality TV, two things that on the face of it don’t sound like they go together but over the past decade or so, lots of rugby stars have swapped the pitch for the dancefloor or the ball for the spatula. Here are some of the most memorable reality TV stints by ex-rugby players.

The Rugby World Cup winner was already a TV name as a captain on A Question of Sport but he took his first steps into the world of reality telly by appearing in the first ever series of Celebrity MasterChef back in 2006. And it was a very successful debut as he went on to win the competition with a final menu of salmon carpaccio, pan fried seabass and almond & pear tart. Matt Dawson also took to the ballroom that same year, partnering Lilia Kopylova and going all the way to the final but not quite all the way, only coming second to fellow sportsman cricketer Mark Ramprakash.

Not to be confused with celeb chef Phil Vickery, former rugby player and Rugby World Cup winner Phil Vickery is also a dab hand in the kitchen having won Celebrity MasterChef in 2011. He triumphed over Kirsty Wark and Nick Pickard in the final with a three course menu of scallops & black pudding, lamb fillet with asparagus and orange & chocolate bread & butter pudding. Vickery joined his England teammate Matt Dawson on the winners list, with rugby pro Martin Bayfield also making it to the final in 2018 – clearly rugby and cookery have a lot in common.

Rugby stars clearly had a thing for the sequins as there’s quite the list of ex-players who’ve appeared on Strictly – Matt Dawson, Martin Offiah, Austin Healy, Kenny Logan, Gavin Henson, Thom Evans, Ugo Monye and Ben Cohen. Cohen hit the dancefloor during the 11th series in 2013 with Kristina Rhianoff and came in eighth place. He did markedly better on The Jump, where celebs try to master winter sports,  in 2016, coming in as a replacement contestant (it was notorious for its injuries) and winning the series – although he did lose two teeth and need 20 stitches in the process.

The former Welsh captain appeared on the ninth season of Celebrity Big Brother in 2012, staying in the house until the final night but coming in third behind Frankie Cocozza and Denise Welch. He took to the rink the following year for Dancing on Ice and was skating through the competition with partner Robin Johnstone, until he missed week eight’s performance with nausea and then had to pull out of the rest of the series.

As well as the almost obligatory stint on Strictly – he danced all the way to the semi-finals with Katya Virshilas in 2010, including a topless salsa – Welsh star Gavin Henson also appeared on The Bachelor in 2011 in search of true love. He left the show with Carianne Barrow as his girlfriend but it wasn’t meant to be as the pair split in 2012, and she wasn’t shy about sharing why, branding him ‘boring’ and ‘weird’ amongst other meaner things.