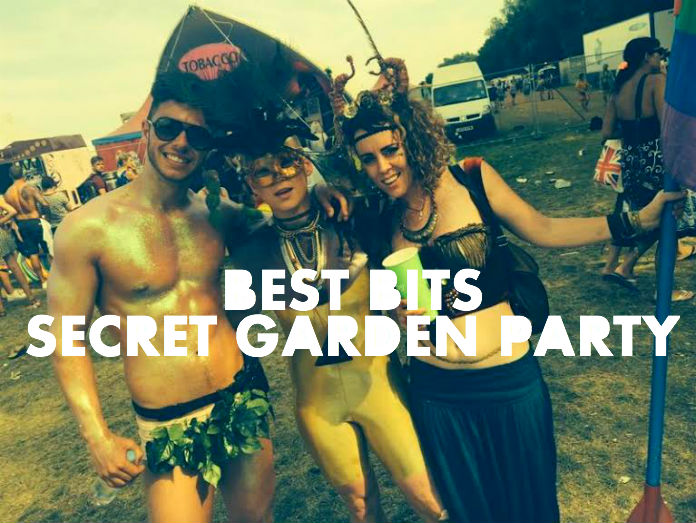 We were certainly not disappointed by the weird and wonderful sights to behold after a reccy around the vast grounds.  From a giant wicker fox sitting astride a hilltop, to huge inflatable waterslides, people lounging about on oversized communal bean bags, tepee and wigwam mini villages, to the serene boating lake festooned with all kinds of vessels punting across it, fairground rides, vintage and fancy dress clothing clothing stalls, a coliseum reminiscent of a scene from ‘Mad Max’, not to mention the array of different stages dotted about, all putting on various music across the genres, to impromptu performances put on by some very brave and quite obviously bonkers artists. 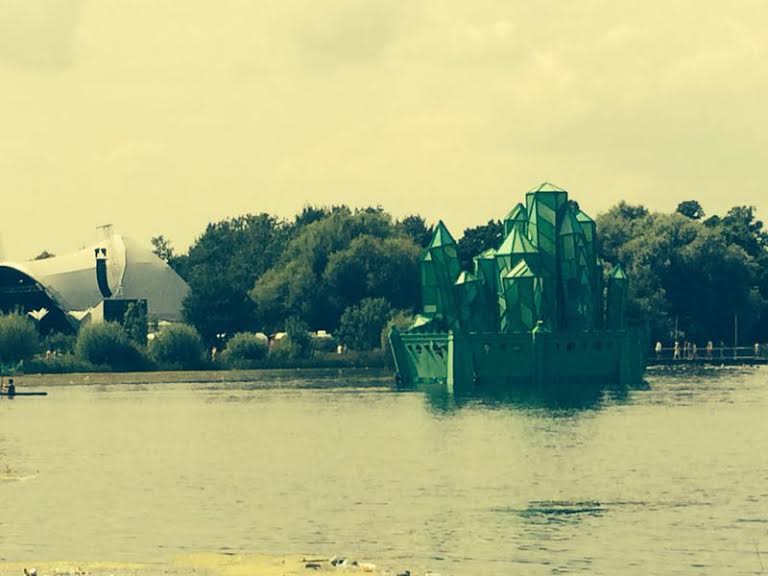 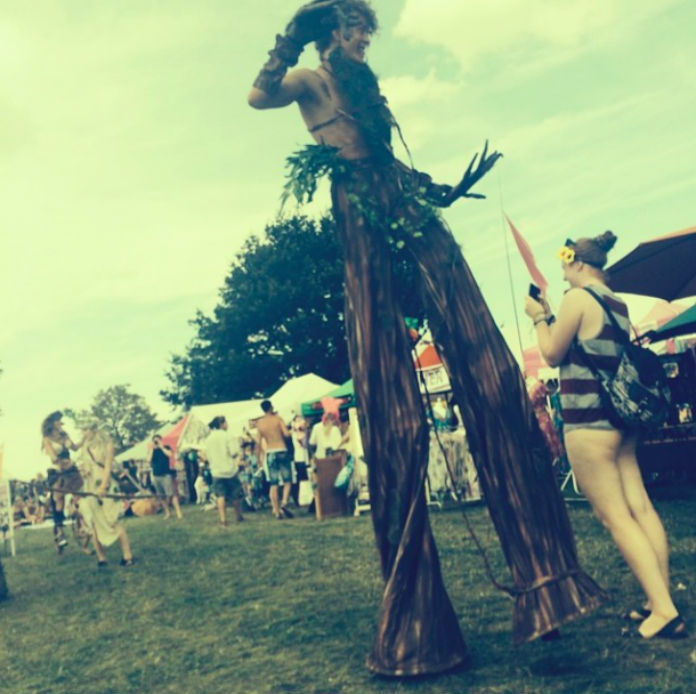 The craziness of the Dance Off Stage was both amusing and electrifying with a boxing ring in situ full of fancy dressed festival goers battling it out to bouts of jungle beats, or busting hilarious house moves against one another, to MCs spitting out lyrics ‘eight mile style’.  The energy of the Dance Off Stage was palpable and infectious and one of my go-to places of the day….

The ‘Pagoda’ Stage also proved itself to be beyond popular, set out on a jetty on the lake, and banging out all of the latest dance and house tracks, patience a requisite trait for entry as the queues were long and deep throughout the entire day, with what seemed an almost ‘if your names not down you’re not coming in door’ policy making it seem a bit, well, the place to be seen! 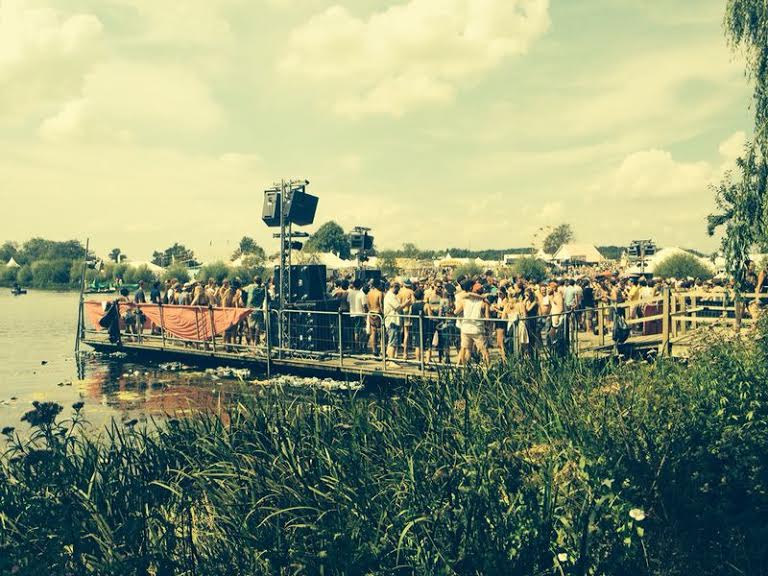 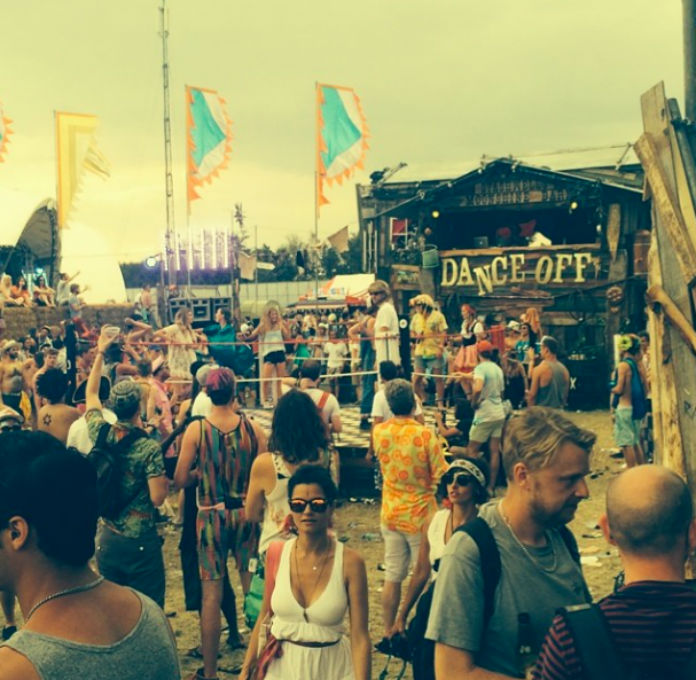 Moving on to the Main Stage arena we were greeted by the dulcet tones of the beautiful Skye Edwards, as classic trip-hop band Morcheeba opened their set with their huge hit ‘By the Sea’ and for the next hour treated us to a chilled set perfect for an afternoon in the blazing summer sun. The atmosphere then cranked up several levels by a big beat dub step set put on courtesy of the London based DubPistols, which woke up the Main Stage Arena with vigour and got the crowd jumping. As dusk fell, so did a set from Foxes, Louisa Allen giving a polished performance despite having only just released her debut album.

Taking a break from the Main Stage before the night’s headline act we went on the hunt for sustenance and found gourmet grub and artisan produce all on offer, so we grabbed ourselves some posh pasta and chilled and chatted to a host of other ‘Gardeners’. The whole vibe of SGP is so wonderfully friendly with a hippy ‘Woodstock’ feel at its essence, revellers were happy and harmonious and the atmosphere had a refreshing and rejuvenating buzz in the East Anglian air. 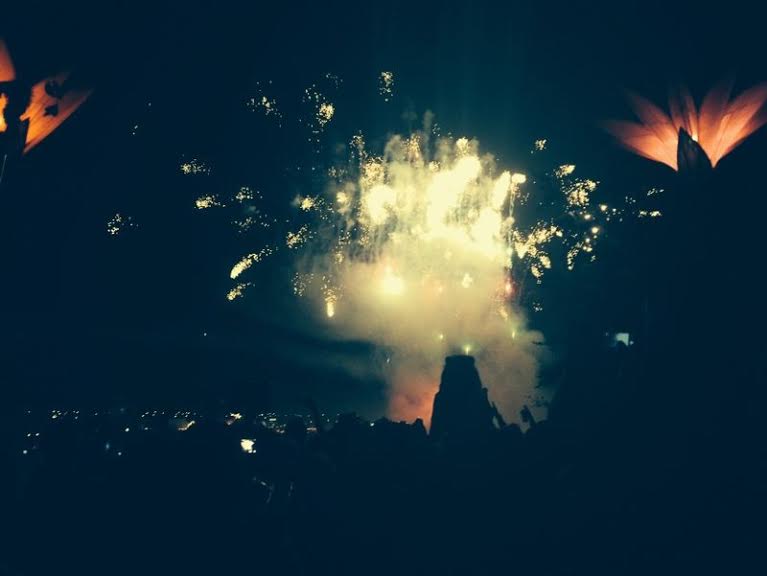 Fed and well watered we ventured back to the main stage to view the Big Burn Fireworks extravaganza, an epic visual and sonic experience which was a truly amazing spectacle. As the fireworks finished, the Main Stage sprung to life with the evening’s headline act, the one and only hip hop gods, Public Enemy, bouncing around the stage sound checking their equipment before launching into a set full of classic and legendary PE tunes, ‘911’, ‘Bring the Noise’ and ‘Harder than you Think’ proving to be stand out tracks. 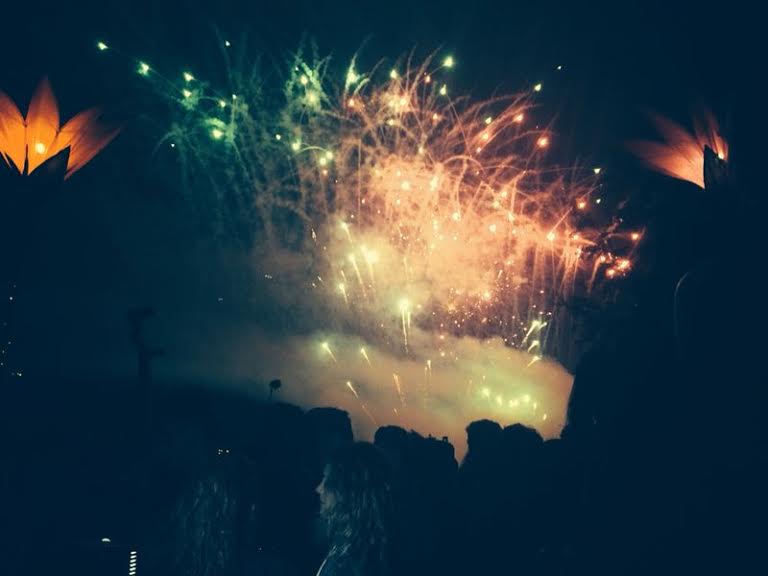 Flavor Flav bought a brief halt to the proceedings by voicing his opinions on the current Gaza conflict but in no means was it a ‘Kanye rant’ before PE continued to play out their set with total ghetto gusto. The Main Arena then started emptying out as their set finished as the hardcore festival heads began to filter off to the various dance tents to party on through to the small hours.

SGP is a beautiful boutique family friendly festival, impressively organised, affordable and easily accessible, full of great music, diverse culture, good food and a whole lotta love and warmth. 2015 tickets are already on sale but SHUSH, it’s a well-kept secret that the Garden is a very special place and somewhere we will definitely be visiting year after year.