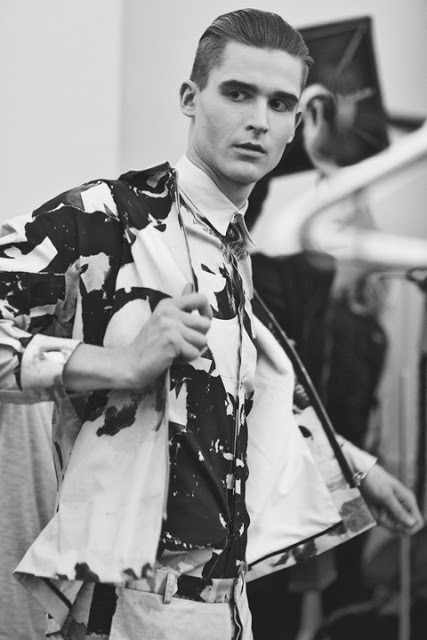 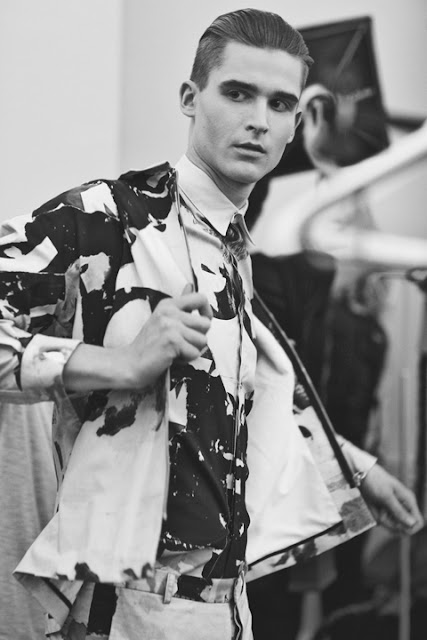 Us: So Chris we guess this has been pretty exciting for you! Which shows did you catch?

Chris: I saw most of the shows across the weekend, now that menswear in London has finally got more than one day at the end of LFW, but for me the shows that I most remember are Katie Eary, Christopher Shannon, and Sibling. There’s nothing as refreshing as seeing a designer genuinely happy and bouncing down the catwalk to the end of their show, which was the case with Katie Eary, it brought a lot of smiles and laughs to the crowd which as I said, is refreshing as at most shows its shades on, smiles off!

Us: So are there any new designers we need to keep an eye out for?

Chris: I think before, because its only been one day for the menswear shows in London its easy to miss out on some new designers, but now that more can do a catwalk its great that a designer like Matthew Miller who has been around for a bit is finally getting the exposure he deserves. One new and up coming designer I think need to keep an eye out for is Xander Zhou, who for someone who has never shown at the mens shows before, produced a sleek and interesting collection that displayed a twist on the traditional men’s tailoring that we are so used to seeing at the London mens shows.

Us:What about trends, are there anything we need to be buying now?

Chris: There’s quite a few things that seemed to pop up for next season, firstly it was the amount of sportswear and I’m not talking about trackies and wifebeater tops, but shows like Christopher Shannon, Astrid Andersen and Christopher Raeburn all showed a ‘sporty’ collection with a fresh take on it. One other hot trend that was hard to miss was the amount of bold colours and prints at shows such as Katie Eary, E.Tautz and Jonathan Saunders. As for what’s not, I don’t like to name and shame but any collection that teams jeans with a polo shirt with the collar turned up and then a blazer in my eyes isn’t really a) fashionable and b) innovative (unless you’re going out on the town in Essex).

So there you have it s summary of the very first ever Men’s London Fashion Week. Roll on September when the next one comes round!