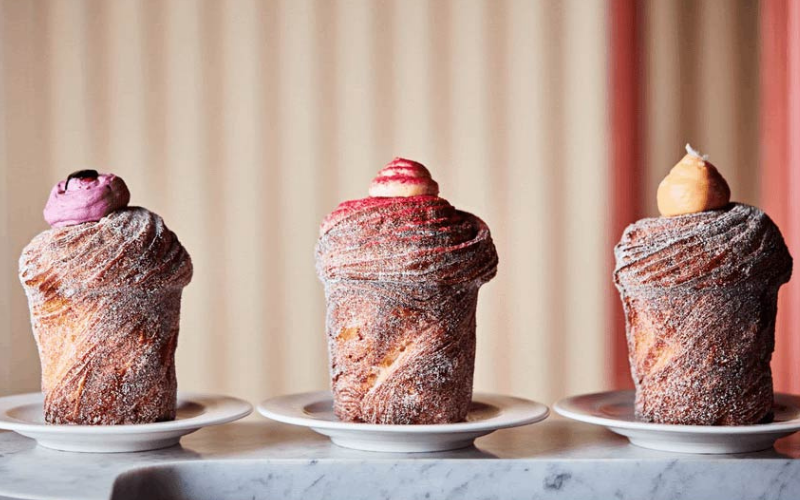 After 100 years in Mayfair, Richoux is on the move relocating to Piccadilly this February with Jamie Butler and Lewis Spencer taking over the reins of the British institution. The pair, who met at Moor Hall (and have also spent time at L’enclume, Le Manoir aux Quat’Saisons and NYC’s Eleven Madison Park – yeah that’s some serious experience), will be keeping true to Richoux’s heritage and serving up modern brasserie dishes and beaut patisserie.

The patisserie counter will be the first thing you see when you go in the door and it’s gonna be stacked with cruffins – that’s a croissant-muffin hybrid – with flavours like passion fruit & banana creme, sea salt & caramelised white choc custard, and vanilla bean & raspberry; tarte tatins; meringue gateaux; and chocolate cakes. If you manage to make it past all that without stuffing your face, you’ll be able to tuck into an all-day menu featuring French onion soup, three egg omelette with fries, Welsh rarebit, raw tuna & watermelon, salmon a la plancha with wild rice & artichokes, crispy duck salad with hoisin dressing & gem lettuce, and grilled chicken paillard with citrus gremolata. And if that wasn’t enough, brekkie and afternoon tea will be coming later in the spring.