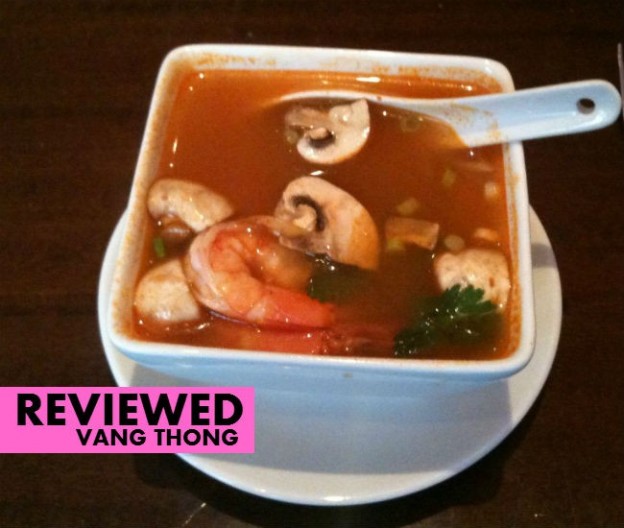 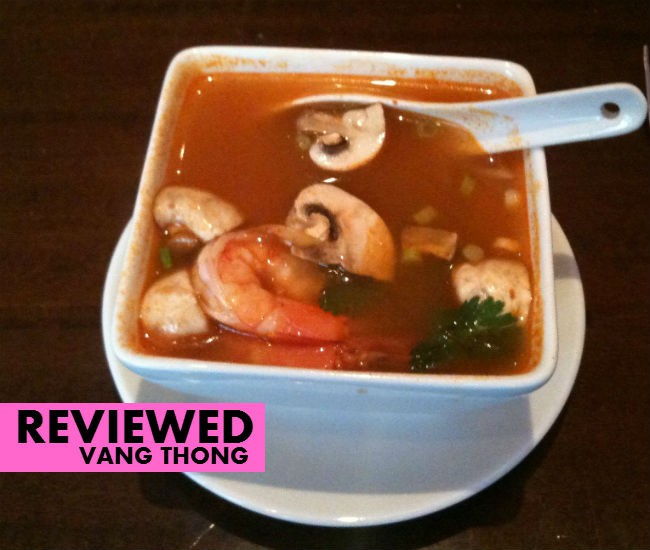 Vang Thong is a newly opened Thai Restaurant on Stoke Newington High Street. It is simple in décor with four wooden seats to a wooden table and a few stools by the window. LondOnTheInside popped in last night to investigate. We were aware of the BYO policy so went fully equipped with a bottle of gewürztraminer wine (our favourite) which was placed in the fridge to cool.

The menu is simple, easy to follow and cheap. Opting for the Papaya salad (tres spicy) and tempura prawns our starters were with us in less than 10 minutes flat. The papaya salad was as fresh as the day with cool strips of papaya over crunchy carrot and green beans. The salad was topped with red chillies and Thai dressing which really gave it a kick – not for the faint hearted. If we’re honest we would have preferred more papaya and less green beans and lettuce. 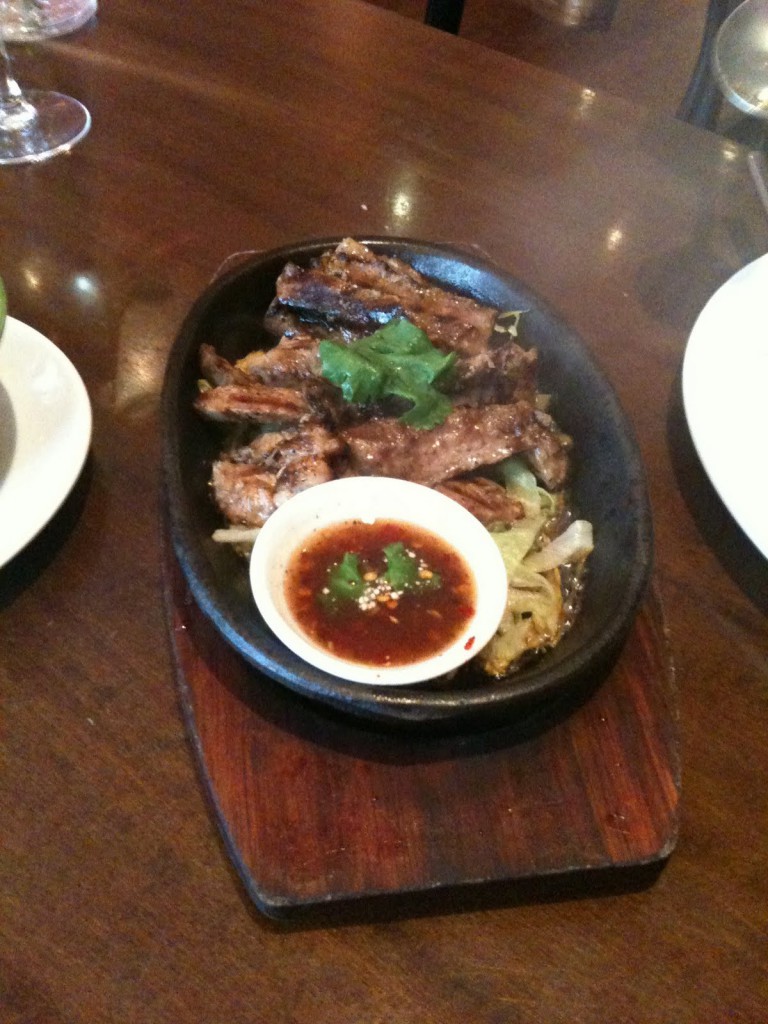 The deep fried breaded prawns were crunchy through to the meat prawn, non-greasy and generous in size, served with a light chilli oil for dipping. For our mains we ordered grilled pork served with chilly and coriander on a bed of shredded lettuce, Prawn Tom Yum soup, egg fried rice and sticky rice. The juicy pork strips came sizzling on a board – a good choice for those who don’t like spicy food as the chilli sauce is served separately.

The soup was spicy with a depth of flavour as the lemongrass, chilli and coriander fought against each other to create a strong taste. Definitely a winner as there is nothing worse than a watery Tom Yum. The egg fried rice was fresh and light – just as we like it!

With bill reaching just pennies over the thirty pound mark we thought it was worth the lot. A two pound corkage charge seemed fair enough and although we had to pay in cash they will be accepting cards very soon.

Would we go back, yes we will. They also do take away. Get involved.