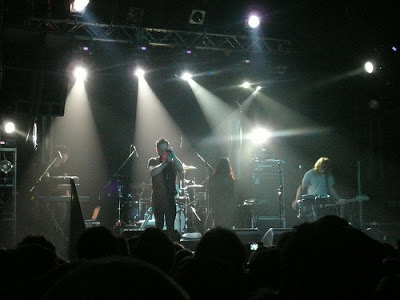 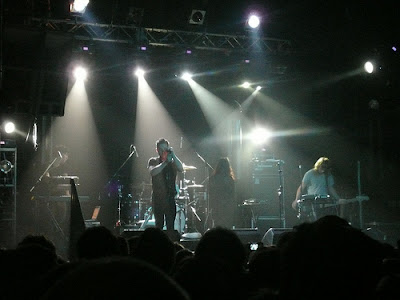 The show was part of the NME Awards shows, a month of gigs throughout February in the run-up to the awards ceremony, where Naked and Famous won the Philip Hall Radar Award for best newcomer. Heaven is a great gig venue in the railway arches beneath Charing Cross Station and the curved roof of the arches provide outstanding acoustics. Support tonight came from Wolf Gang, energetic art-pop that manages to retain indie credibility despite being more accessible than Jordan’s knickers.

The Naked and Famous have an full album of very good material judged on tonight’s performance so their debut release is highly anticipated. Songs like ‘Girls Like You’ and ‘Punching in a Dream’ sound like future classics and in ‘Young Blood’, they have the first debut single by a Kiwi artist to go to number one in their home country in years. Coming to an indie dance floor near you soon, The Naked and Famous are going to be inescapable this year.