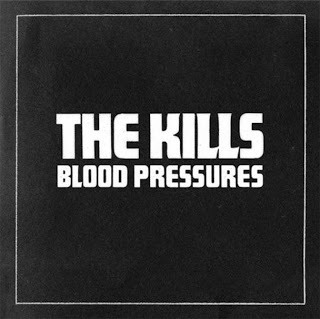 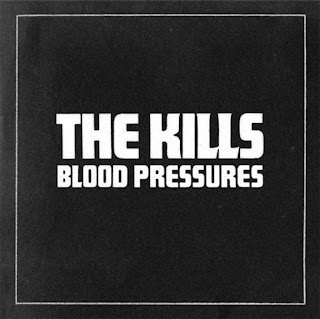 In true Kills style there are elements of raw punk, punishing noises, guitar riffage by possessed demons that leave you envious. With Hince’s aggressive playing and harsh abrasive guitar sounds it festers a feeling that simply chews you up and spits you out making you feel grateful of the ride. The power of what The Kills capture is magical, for making the listener feel invincible is an epic task but executed perfectly.

‘Heart is a Beating Drum’ is an amazing example of Mossheart’s powerful and deadly vocal ability. ’Wild Charm’ is a surprising psychedelic balled of beauty with backwards guitar and Lennon inspired vocal. The White Stripes-esque DNA slowly simmers along paving an eerie atmosphere with the vocal ‘We will not be moved by it’ before Jamie’s rip-rawing guitar smashes and explodes. The bluesy and simple ‘Pot and Pans’ is truly great. The back beat holds this constant intensity while the duel vocal somehow sounds innocent but then turns creepy. The guitar that erupts the track rattles with intimidating fashion…‘These are the days’ we’ll never forget, when the dawn dawns on you’ repeats and fades out…

The music of the Kills like their lyrics, seems sometimes to be in a form of code and understood only by their creators living their life through Polaroid cameras, old movies, strong coffee, rum punch and cigarettes, it makes an entertaining and inspiring journey. The combination of Hotel and VV’s unique relationship and their understanding of the music they create proves The Kills have with them another dark and sexy album of alternative guitar noise with a few surprises along the way.

Final track ‘Baby Says’ is just one of those unpredictable turns for the Kills showing that they are fresh in their approach to making an album to take note of. Captivating, hypnotic and adrenaline fuelled with naked flashes of innocence.