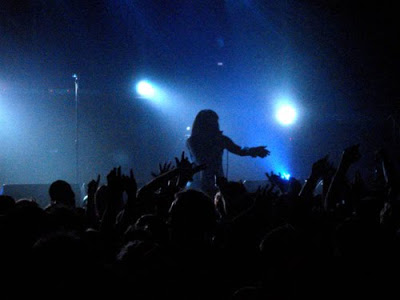 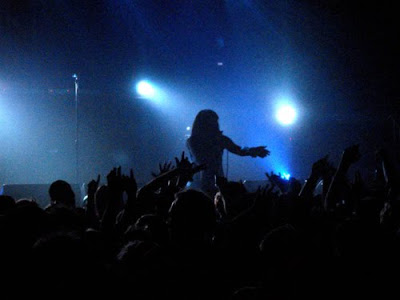 If their names sound familiar, you may know Miller as the guitarist from post-hardcore band Poison The Well or Krauss from the teen-pop girl band Rubyblue. Together, they are Sleigh Bells, and tonight they rocked Heaven to its core. Are they a pop band with a hardcore edge or a hardcore band with pop sensibilities? They describe their sound as noise-pop and in truth they are whatever you want them to be, they are very much different things to different people.

The atmosphere at the gig was electric with the crowd bouncing as one throughout the set. Highlights included debut single ‘Tell ‘Em’ and ‘Infinity Guitars’ with Krauss working the front row into a frenzy. The percussion track behind them was made up almost entirely of sampled explosions and gunfire sounds – the bass was a mortar shell, the snare a machine gun round – making the gig feel like it was live from Libya.

With only two people on stage there can be a lot of room to fill, but Miller’s aggressive style and Krauss’s larger than life persona made for a great show. Pitched halfway between Karen O and Alice Glass, teen-pop’s loss is very much our gain. A fantastic live band, but until they return to Britain, you’ll just have to make do with the videos.