We went along to this awe-inspiring night of glamour, oddities and as Laura Marling put it, bravery. A surprising majority of the guests who arrived were decked out in full twenties style. They arrived at the secret destination to be greeted by period characters and an amazing theatre set with many entertaining rooms and installations. 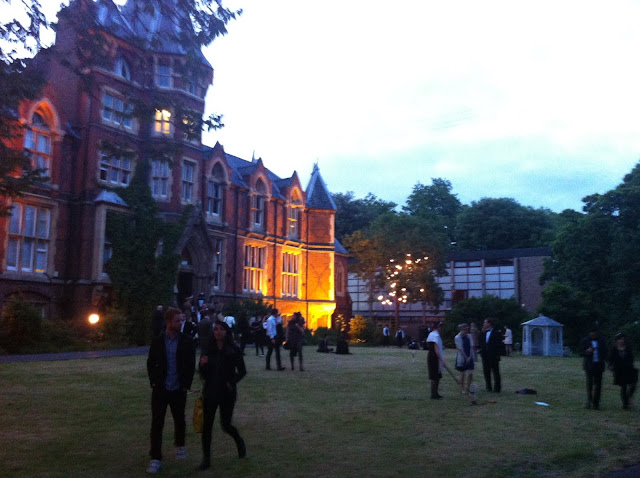 Led to our dining room after ‘checking in’ to our rooms we were brought flowers by the Lady of the house. After a three-course meal of strange food such as black bread, almond soup and cherry glazing, Peggy Sue and the Pictures treated us to some entertainment. The female two-piece have exquisite voices, harmonies and song writing, with their 2008 single Spare Parts.

After retiring from the dining room we explored the indoor forest cinema and many more interesting treats with music, as actors occasionally burst into arguments. Later Laura Marling sang Dancing in The Dark by Bruce Springsteen from a balcony and rose petals were falling on the crowd. After several more discoveries and rooms were explored, we were called to the ballroom where a strange character appeared to walk over the crowd and then Laura’s performance began with a string band.

After one set the band retired and left the crowd in the faithful hands of Laura and her guitar. The performance was simplistic and showcased Laura’s amazing and diverse voice with her intense lyrics of her newest album. If you were there for her back catalogue you would not have been pleased but this album lends itself to the evening and experience so it fit well.