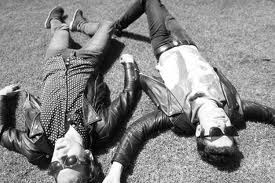 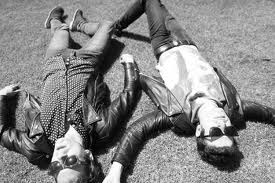 Cloud Nothings are a band that caught our attention from start to finish, they might look like collage geeks but singer Dylan Baldi has a voice that is different, he must constantly suffer a sore throat. The most startling thing of all was their set, having previously heard only one song I was amazed that every track had the quality to be a single. The pop infectious lo-fi fuzzy sound that belts out from this Cleveland lot is mesmerising, the hooks and melodies that carry the listener through their songs are brilliant and immediate. There is a Blink 182 vibe about their music which all though present, is distant. Noise pop with killer melodies, Cloud Nothings debut album we will most certainly be purchasing.

As the organ for ‘Sleep Forever’ filled the room John Kennedy informed the crowd of the band about to take to the stage and the impact they made at their xfm session last year and how like tonight would go down as one hell of a memorable moment for all present. As the band took to the stage singer Brandon Welchez demanded the lights to be turned down. As drums kicked in for the bridge, the crowed erupted and roared back ‘sky sometimes, so unkind, first it rains and then it shines’…we knew the rest of our drinks would soon be all over ourselves and everyone else!

Not wanting to loose the energy they ripped into ‘Neon Jesus’ followed by ‘Hearts of Love’ and the crowd responded. ‘Mirrors’ washed the crowed in a soaring wave once again as a sonic assault took place and crashed into us on the chorus ‘when I die, when I disappear leave my bones behind’.

Brandon is a great front man because he is believable, there’s nothing fake and he truly puts everything into the performance. He jerks and twists and grimaces and looks like he is about to explode before delivering his vocals. As the stage filled with feedback for their final song ‘I wanna kill’ Brendon thanked John Kennedy for hosting events like these and praised xfm for believing in decent music and supporting young people in bands that make real music and not just the shit on the radio from the likes of Rihanna.

All in all the most exciting gig we have been to in a while (well probably since the last Crocodiles show) and although the notches for seeing this band are knocking on they never disappoint, especially in a smaller venue like the Barfly, all you none believers are so missing out.