The hotel re-opened just last year following an extensive refurb of the grade II listed building. Originally bought in 1872 by the exiled French Duc d’Aumale, the estate operated as a hunting lodge up until 1897 when it turned into the hall it is today. Many of the original features still remain including the wooden carved walls, a shower and bath which has been left untouched – don’t worry it’s just for display although Doctor Who apparently filmed a scene in there for the BBC series – and pictures of royal weddings and events which took place all those years ago. 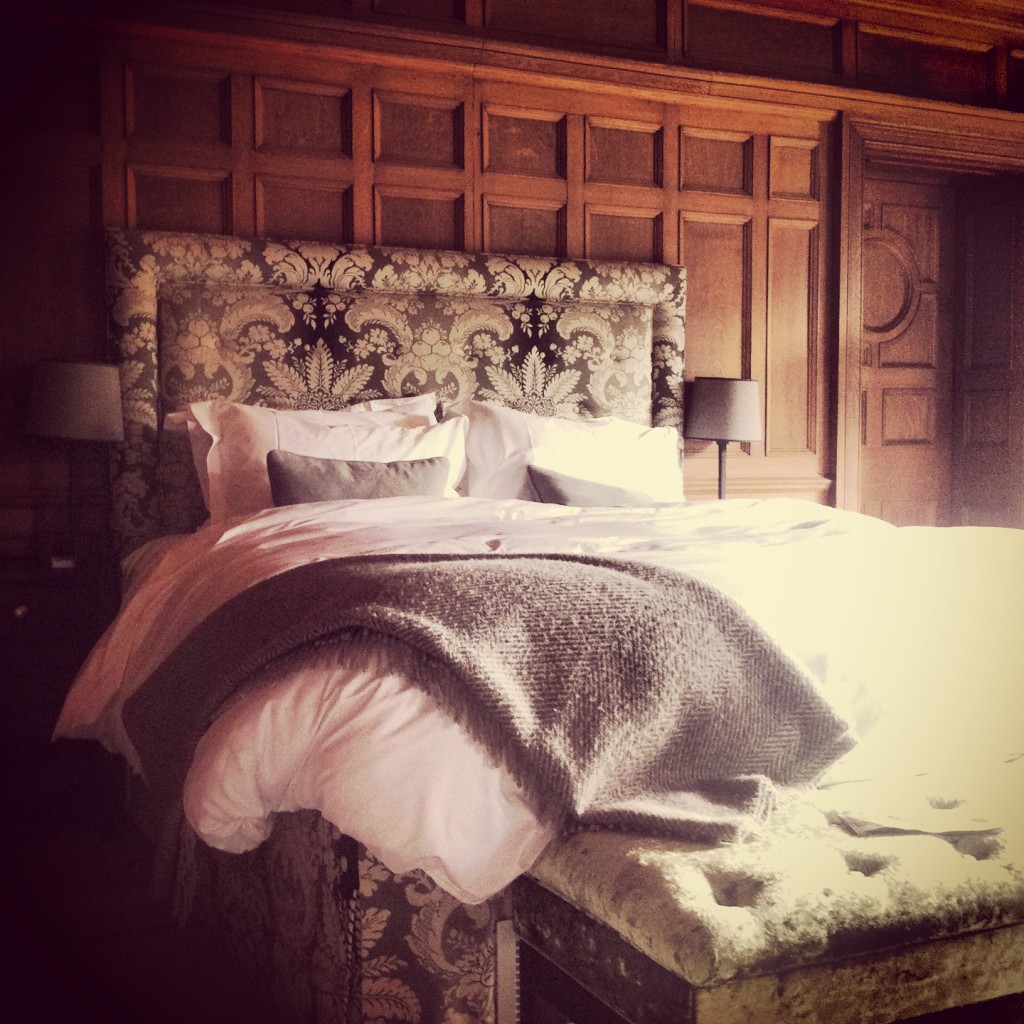 The hotel now has 50 rooms, the most grand of which are located in the main house, a restaurant, bar and games room whilst outside there’s a terrace, huge garden and some pretty special views. Oh and there’s boules and croquet if you fancy a quick game on the lawn, as you do…

Our room was named The Balcony and it was huge, with big windows which opened out over the garden and a spacious bathroom with walk-in show and roll-top bath. It certainly felt like we were staying in a grand old house, luxury little touches like the Miller & Harris products, slippers and robes, magazines and fresh water were an added bonus.

That night we ate in the hotel’s restaurant bagging a table right next to the window. The menu is perhaps a little adventurous and could be toned down to suit the surrounds. Of the dishes we tried the Tasting of Duck, Beetroot and Orange Relish for starters, the Beef Fillet with celeriac puree, wild mushroom, radish, pancetta and fondant potato for mains and the Iced Peanut Butter Parfait, Fortune Cookie Tuile, Salted Caramel and Pale Ice Cream for dessert were the standout dishes. 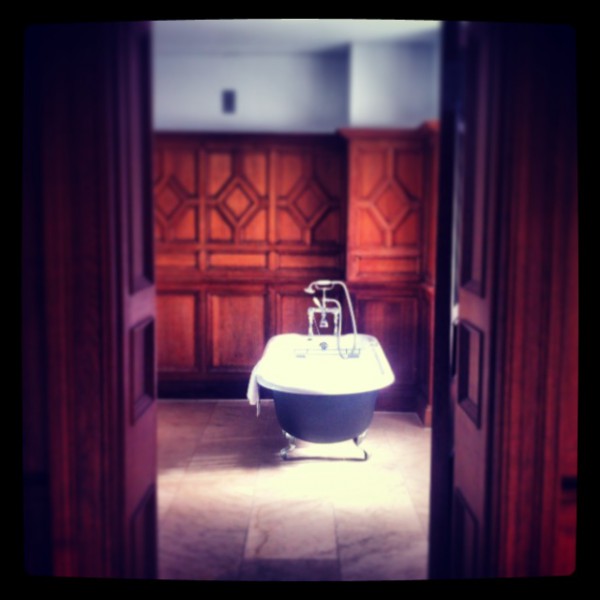 Breakfast is served in the restaurant too, there’s a bit of a buffet and hot menu options if you fancy the full shebang. For a weekend in a house, a very big house in the country give the Wood Norton a go.