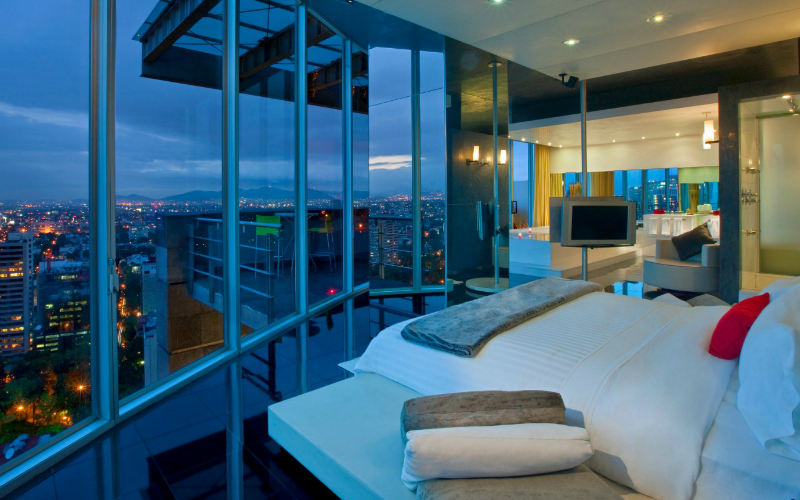 Located in the upmarket Polanco district, the W stands alongside fashion boutiques, restaurants, cocktail bars and other big name hotels. After a 12 hour flight it was a relief to finally spot the statement shiny W outside the taxi window. The hotel has just had a revamp, and like the other properties in the W hotel group, the public spaces are all very glitzy and sleek…yes there’s the token disco balls…whilst inside the rooms are all white with the odd splashes of colour coming from soft furnishings and accessories.

We stayed in one of the Spectacular Rooms, the highlight of which was, without doubt, the floor to ceiling windows and views over Mexico City. In-room technology was also impressive as were the toiletries, rain-showers, fluffy robes and big beds. Breakfast is served in the main restaurant, J BY JOSÉ ANDRÉS and it’s a decent healthy spread. Two nights detoxing and retoxing in the W Mexico certainly left us raring to go…