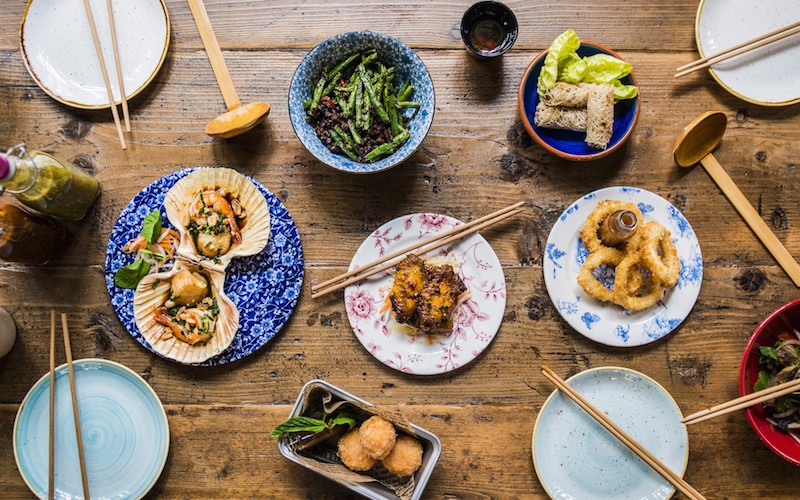 Having visited Vietnam a few months ago, we (like to think) know a thing or two and several of the dishes we had at Vietfood were as close as we’ve found to the real thing here in London. Stand outs from the starters for us were the grilled beef salad and the pomelo prawn salad, both with a perfect sharp and spicy dressing. From there we got stuck in to grilled scallops and prawns served in the scallop shell topped with peanuts, lamb chops ‘Hanoi Style’, stir fried green beans with minced beef, and pork Bun Ca – grilled pork patties served with herbs and vermicelli noodles.

Even though its Soho, prices are no more expensive than many of the cheap and cheerful Kingsland Road joints and the food is definitely a cut above. Check it out.