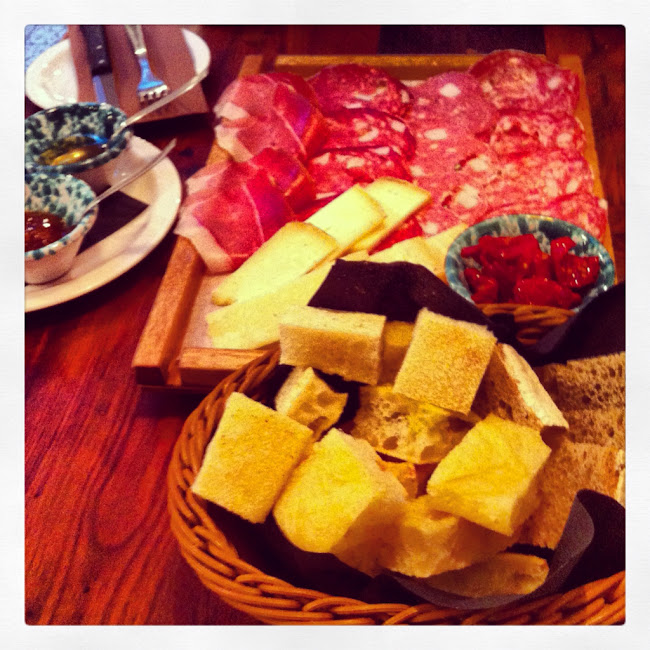 We went along to sample a selection from the menu including some cheeky reds, one of which we’re told is one of the best red wines in the world. Starting with a couple of bowls of the simple tuscanic soup, made up mainly of bread and tomatoes, we were impressed. This was followed by one of the meat and cheese boards that Tuscanic specialise in, they come in two sizes big (which they call small) and bigger. Perfect for an after work glass of vino and catch up with friends.

We also sampled an Il Crostone topped with pork, cheese and rosemary and an Il Panino stuffed with cured meats. Dessert comes in a choice of three, we’d recommend the Ricotta Cheese mousse. There’s also Tuscany goodies which you can buy to take away. With nearly everything in the joint coming from Tuscany this is probably the cheapest trip to the Italian region you’ll ever go on.