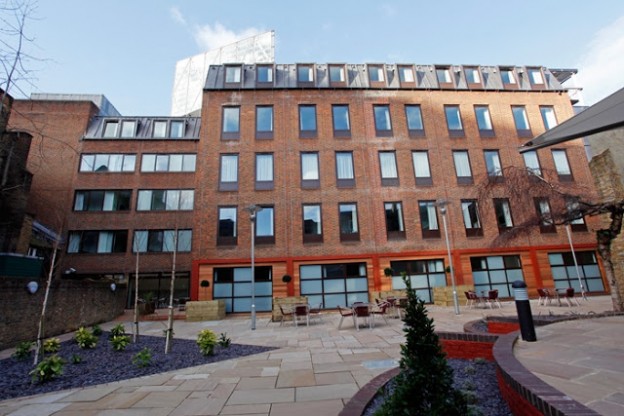 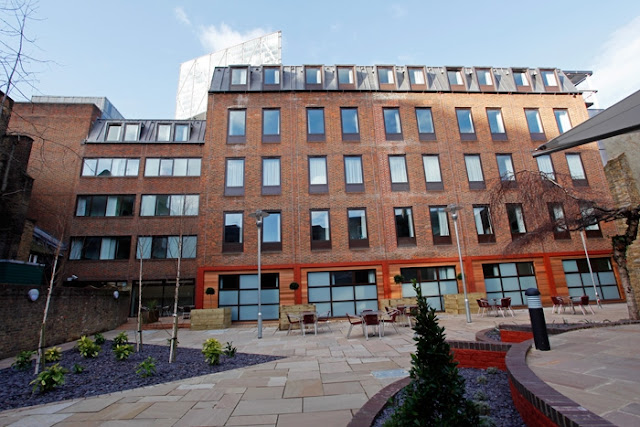 Location wise the budget hotel group couldn’t have picked a better spot, it’s slap bang in the heart of Liverpool Street just 5 minutes from the tube, across the street for one of our favourite drinking spots in the area, the Water Poet and just a short walk to Brick Lane.

Inside is clean and bright, they certainly haven’t wasted any money on decor or artwork but then the hotel group aren’t trying to impress anyone, its target market is the budget conscious traveller – one who would rather have a cheaper room than expensive artwork to admire. The hotel has 183 rooms, the lowest priced are those without a window although we have to admit we’d rather pay a little more and have some scenery. We tried the windowless once in Bangkok and ended up sleeping until 3pm thinking it was still the middle of the night!

The rooms are simple but have plenty of lighting – ours had views out over the large courtyard which will no doubt be very busy during the Summer months, a 5-star bed – they pride themselves on using very high quality beds in all of the rooms and a compact bathroom with power shower.

The price you pay for a room is exactly that, for the room everything else is extra including the TV, hairdryer, Towels and soap and WiFi. That said the extras are reasonably priced and even with all of the add ons you can usually secure the full she-bang for around £50 per night.

Unlike the Westminster Tune the new hotel has a seating area with a drinks station providing 24 hour light refreshments and two computers via which you can access the internet. Following our inspection it would seem this new Tune hotel is on par with its older London sibling, in that it is giving off the right tunes. For a cheap city break when you know you’ll be spending more time out of your room that in it, this ticks all the boxes. Our insider tip – Light sleepers should take some earplugs as the noise from the other room doors closing can be a little annoying. 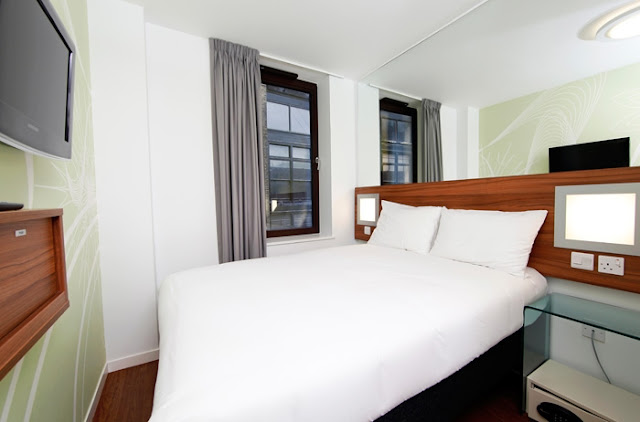