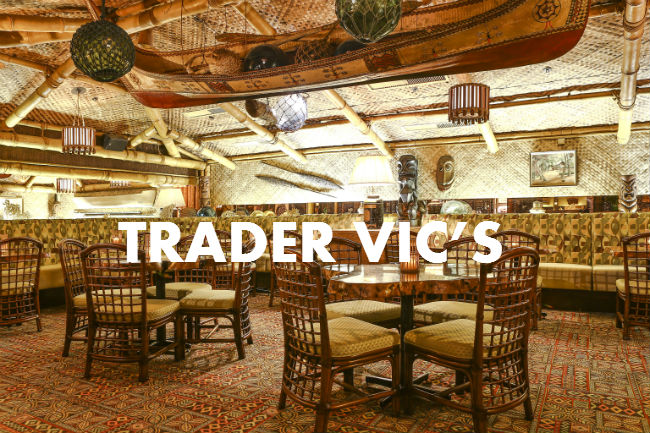 Since 1963 Trader Vic’s has been mixing together drinks to transport Londoner’s to paradise islands, taking fusion to a whole new level with influences from the Mediterranean, the Middle East, Asia, and Japan. Expect to ‘taste the world’ not the rainbow…

Trader’s story starts back in 1937, when the man himself Vic ‘The Trader’ Bergeron borrowed 0 to open a small bar across from his family’s grocery store in Oakland, California. Originally ‘Hinky Dink’s’ Bergeron’s natural flair for mixology and love of tropical décor became extremely popular and in 1940 after being re-named Trader Vic’s, was officially franchised opening in Seattle, Washington.

Enough of the history lesson already, walking down the spiral staircase you’re gonna wish you had your flip-flips. We’ve never been major fans of kitsch, but here the tiki vibe is so OTT it’s hard not to get into it and start ordering the ultimate classic cocktail, the Mai Tai. 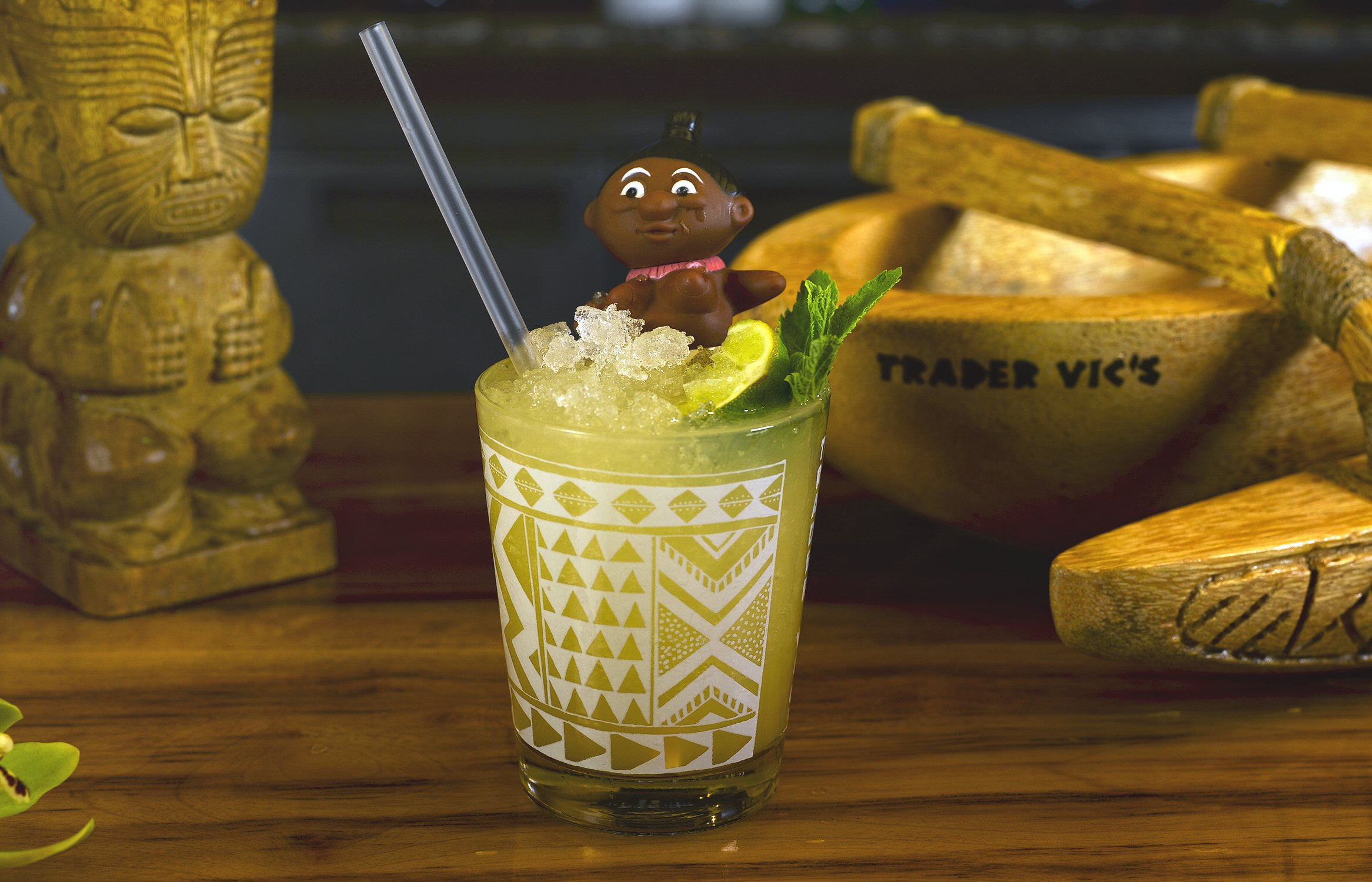 Legend has it that Bergeron created the original Mai Tai in 1944, He felt his bar in Oakland needed a fresh new drink and after sampling it on his friend Carrie from Tahiti, she cried out the words ‘Mai Tai – Roa Ae’ meaning ‘Out of this world – The best’…and thus the drink was born and still to this day is one of the most ordered drinks in the world.

Yes, the Mai Tai is extremely good here, as are most of the 50 strong list of cocktails. Not that we tried all of them, but close enough. If you fancy escaping the Friday night local, head to Trader Vic’s for a taste of the island life.