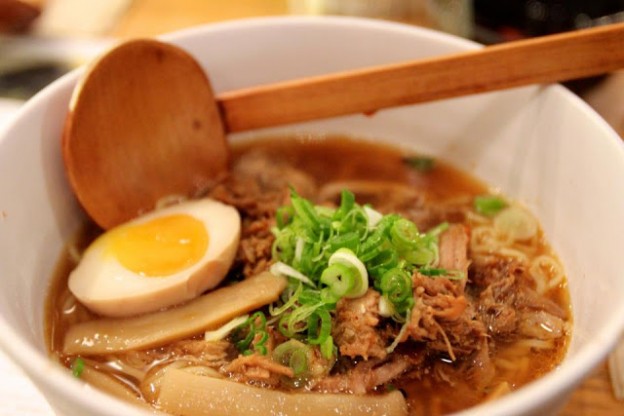 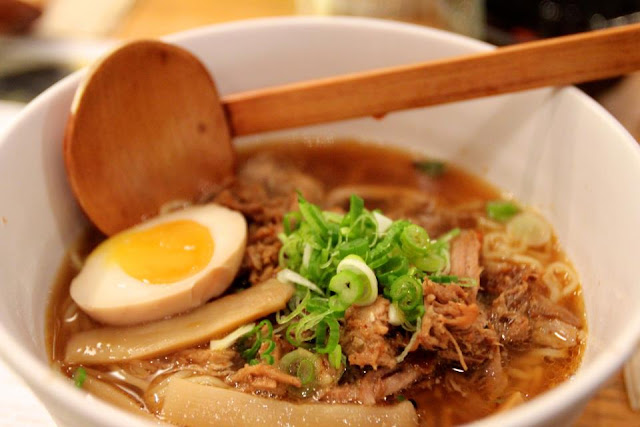 It’s founders are the people behind mini-chain Tsuru Sushi but with Tonkotsu they are venturing into new territory, literally and metaphorically. It’s their first venture as far West as Soho and also their first restaurant with such a narrow menu that specialises in one key area. Limited menus are all the rage these days with places such as Burger and Lobster and the Tramshed offering a tight range of choices but Tonkotsu limits the choice to either veggie or pork ramen.

For the uninitiated, ramen is a noodle soup with vegetables and usually, but not always, meat. As the name implies, the only meat available is pork, but this is no bad thing. The meat is large slices of soft, slow cooked pork in a tasty soup packed with noodles, mushrooms, bamboo and other vegetables.

Preceding this, we tried a couple of dishes from the starters menu, which has more choice than the main menu. The pork and prawn gyoza were large, meaty dumplings, served in soft, translucent skin whilst the chicken karaage was a large portion of fried chicken in a crispy coating. -A dish we’d certainly recommend.

The staff are attentive and friendly, and the atmosphere of the venue is fairly bubbly. Given the short time the venue has been open, word has certainly got around as almost all tables were full during our visit. Given the reasonable prices, the authenticity of the food and pleasant service, it seems they have a winning recipe here.