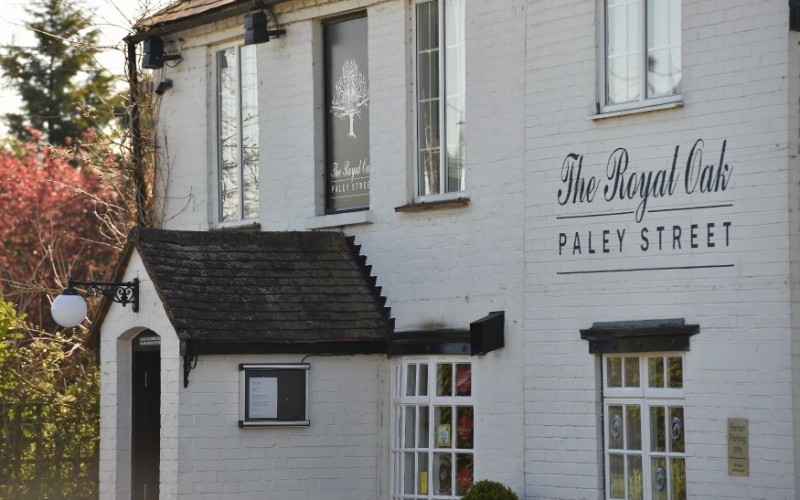 We recently took a trip to The Royal Oak, a Michelin-starred pub near Bray (of Fat Duck fame) which will take you about an hour to get to from London Paddington. The pub is actually owned by Sir Michael Parkinson, or Parky to you and me, who bought the place with his son Nick back in 2001. Since then it’s gone from strength to strength with a strong rep for its food. We went by for lunch on a Saturday where they offer two courses for £25 and 3 for £30 – not bad for Michelin-star grub. We started with some snacks – scotch egg, smoked eel, and tomato tartare – and a glass of amazing English pink fizz from Digby. Starters were next, a bang on lobster ravioli in creamy lobster bisque and one of the restaurant’s signatures, the ham hock and rabbit macaroni cheese which was an absolute winner.

Roast turbot with peas and broad beans is a great shout from the mains but don’t miss the Iberico pork chop with caramelised apple and celeriac puree. Dessert might just have been the highlight of the day though – a posh snickers made from caramel, chocolate cremeux and peanut ice cream.

The pub is a cosy and relaxed space to spend an afternoon with some great food. And when the sun does come out, there’s a lovely garden to relax in too. Here’s hoping.