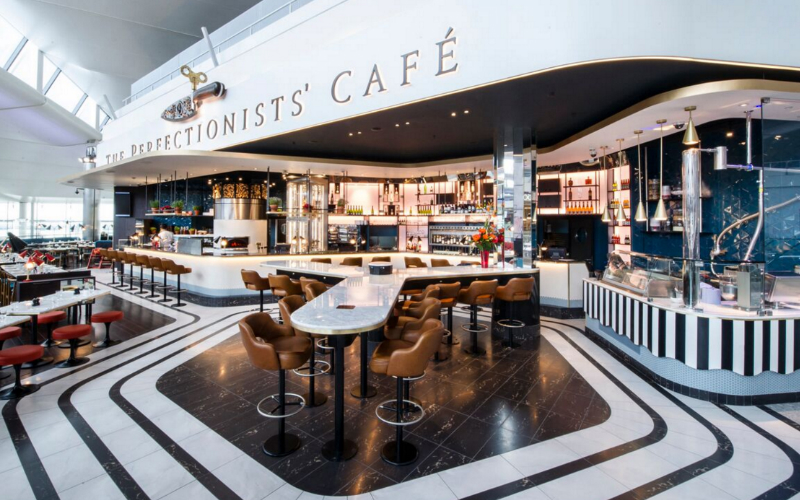 The menu sensibly sticks to classic favourites such as burgers, pizzas, and fish and chips so even if you’re dashing last minute for your flight there’s still time for a proper meal. A burger designed by Heston we just had to try, and we went for the ‘Smokey Pork Burger’, an Angus burger topped with smoked ham hock and coleslaw, which was very good indeed. Our favourite though was the ‘Extraordinary Fish and Chips’, which truly was pretty extraordinary, having without doubt the crispiest batter we’ve ever tried. The chips and mushy peas were pretty spot on too. 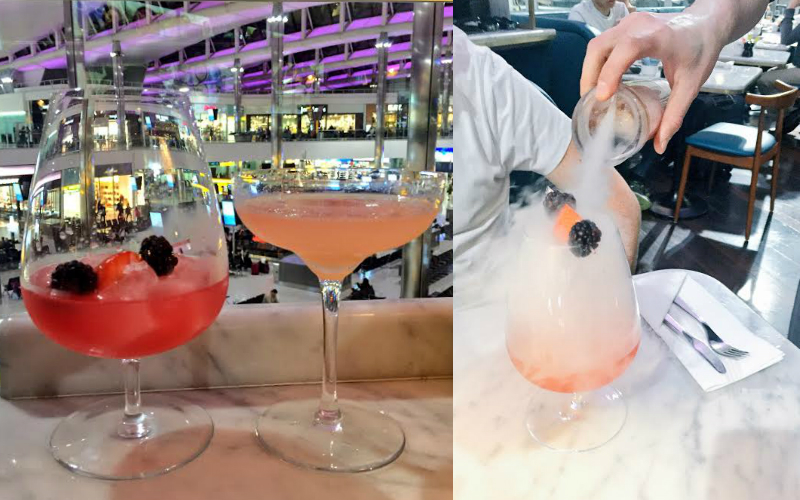 Food-wise this is obviously very different to Heston’s more famous restaurants, like The Fat Duck, but there are still a few Heston-style theatrical flourishes, such as the ‘cloud cocktails’ which use dry ice to suffuse drinks with certain essences, and the nitro-ice cream parlour. We couldn’t’ resist a few scoops in a waffle cone topped with salted caramel bites for dessert…..the perfect way to begin any holiday.