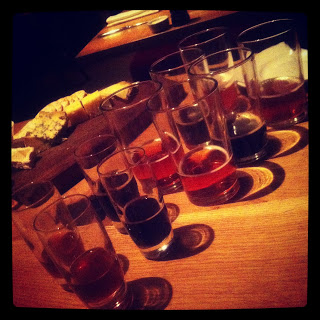 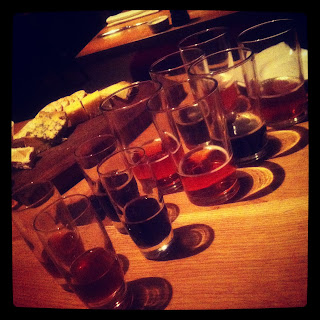 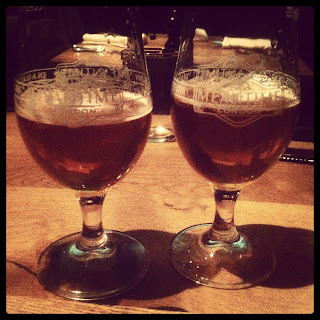 The dinner kicked off with a talk from Glenn on the background of USA Craft Beers and tasters of three very different beers – each one with a unique flavour. Then it was on to dinner which started with potted home-smoked mackerel with pickled cucumber served alongside a sample of Lost Abbey Carnevale.

This was followed by Pork Terrine served with Lost Abbey Devotion and the highlight for us, the Peppered Beef which was a huge slab of tender beef well seasoned and washed down with the Russian River Damnation. A dessert of Lemon posset with Dogfish Head Midas Touch left us high on life (and craft beer) so when the cheeseboard arrived with five more tasters of beer it was game over.

A great evening for beer lovers and foodies and pretty good value at £50 all in. The perfect prezzie for a boyfriend or dad and what would you know it the next dinner has just been announced…..
“A Brief History of IPA”, is hosted by beer writer Pete Brown on Monday 3rd December 2012.