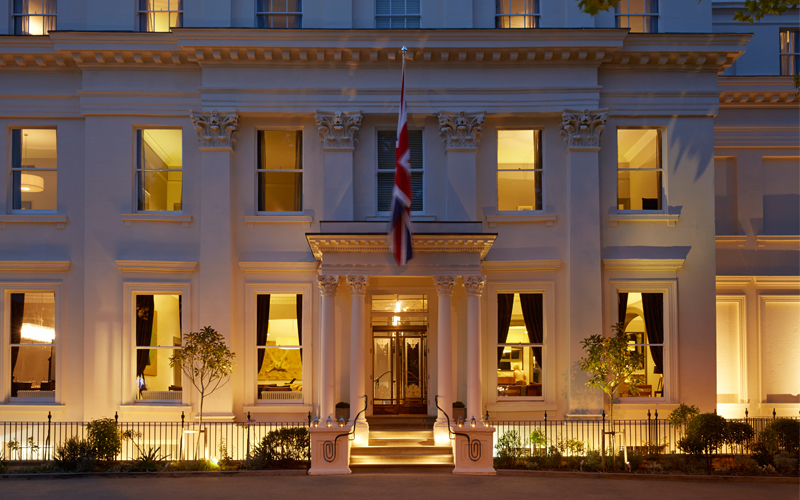 The hotel is set in Montpellier, the well heeled area of Cheltenham with pretty streets lined with boutiques and galleries. There’s just 60 rooms, divided into four different categories, each with soft colour palettes in keeping with the serene atmosphere throughout the hotel. We stayed in one of the ‘Feature Rooms’ most of which have huge baths, one of the biggest we’ve been in set inside the rooms.

Meanwhile, you’ll also find a restaurant, garden room, terrace and courtyard which means there’s plenty of spaces to spread out, eat and drink. The garden room was our favourite, filled with plants and glass windows, it’s the perfect little sun trap. And if you fancy unwinding a little bit more, head below to the small spa. At just over 2 hours from London it makes for an ideal weekend break AND be sure to stop at Worton Park Organic Farm Shop and Cafe, we just happened to see it on our Google maps and what a discovery…