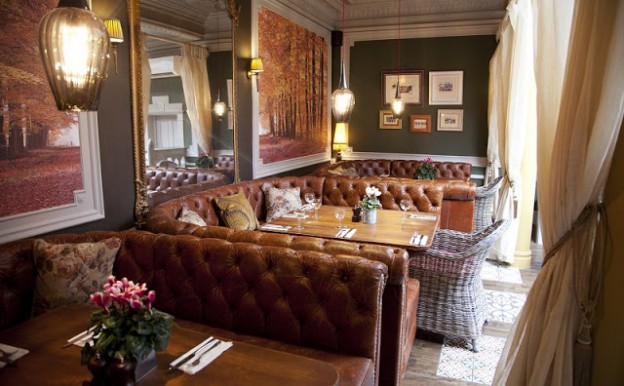 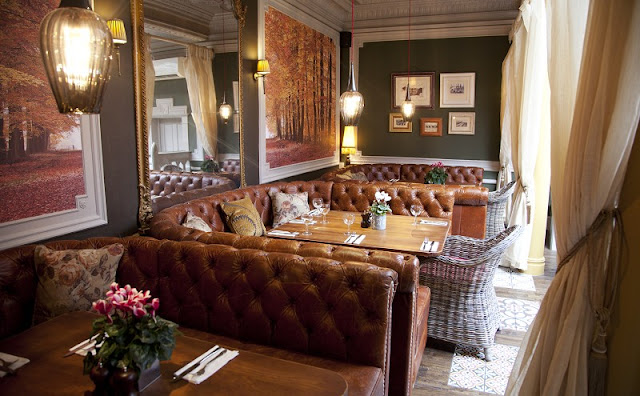 The menu is split into small plates, mains and desserts. We tried the artichoke and spinach dip with beer bread; the rich dip seemed like more of a soup but enjoyable all the same with the fresh, soft bread to mop it up.

For mains, although hugely tempted by the Balham Burger which sounds like a whopper – prime beef ground on site then cooked in bacon dripping and served with pickle, mustard mayo, beer soaked onions, American cheese, wafer sliced bacon, peanut butter all served in a viennoise bun – we decided to avoid the food coma and instead chose the Bourbon sticky ribs with beet salad and the fish of the day which was Charred Dover Sole with new potatoes and Chilli Butter. Well it was lunch time and the week after Christmas…

The ribs served with sticky BBQ sauce turned out to be monsters themselves….we didn’t finish as you got LOADS! As ribs go pretty good although the beet salad had a bit too much mayonnaise for our liking however the courgette fries made up for it, light and crispy and very addictive. The Dover Sole was a good serving of fish that fell off the bone, always a good sign, served alongside a boat load of well seasoned potatoes.

After a bit of a breather we decided to blow it on a dessert ordering the Banoffee Pie which as a word of warning is for cream lovers only as there’s a hell of a lot of cream served on top. Apple and blackberry crumble with pistachio ice cream was much better, plenty of fruit under chewy crumble and soft ice-cream – that does count of one of your 5 a day right?

The Grove has a good family atmosphere and is great for lounging away your Saturday or Sunday afternoons. Grab a weekend paper and you are on to a winner!