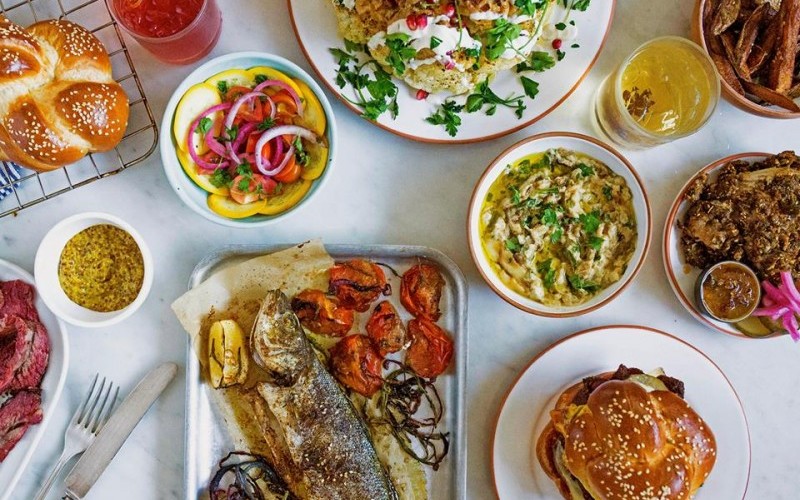 We swung by to check it out and started with snacks of feta and preserved lemon, beets and dill, the Dak Dak salad, and, the winner of the bunch, reuben kromeski which were like pastrami nuggets. For the mains we had a rich bowl of Palestinian-spiced lamb and Za’tar buttermilk fried chicken served in pitta bread with salad, like a deluxe and very addictive chicken burger. Then there was an epic dessert of Challah bread and butter pudding.

We’ve been waiting a long time for The Good Egg but its definitely been worth it.