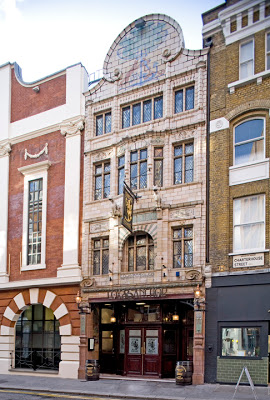 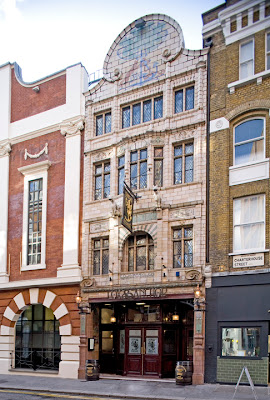 With just 6 rooms the heart of the hotel lies in the busy pub downstairs. We ate in the quieter area at the back of the pub which was still pretty busy even though it was a Sunday night and we were in the middle of the city. Says something good we think!

The menu offers a range of traditional English grub, from pies and burgers to fish and chips, operating under the philosophy ‘simple food done well’. To start we had the scotch egg with curried mayo which was up there with London’s best Scotch Eggs. The egg was soft and gooey whilst the meat was thick and salty. We also tried the English asparagus with poached duck egg covered with a thick, creamy Hollandaise sauce.

The Fox has a reputation for burgers so we tried two, the traditional Fox and Anchor Beef Burger and the Lobster, Crab and Prawn! The reputation is well deserved, the beef burger was juicy and tender, cooked medium rare and an absolute handful. The fish burger was crammed with juicy prawns and lobster which gave it a real meaty feel, even though it clearly wasn’t meat. Both came with goose fat chips which were more like half a potato definitely not a skinny fry.

Too full for desert we finished off our bottle of red instead before tottering off upstairs to stay in our abode for the night, The Smithfield suite. The traditional modern design continues upstairs in the six individual cosy rooms. The main feature of ours was definitely the bath, a free standing, roll-top bath big enough for sharing – oooo la la! The beds are King sized too and there is a walk-in shower as well as all mod cons. The rooms actually don’t feel like a London hotel, in fact they’d be more at home in a country town but that only adds to the charm.

For a romantic stay in the city, The Fox and Anchor is where it’s at! 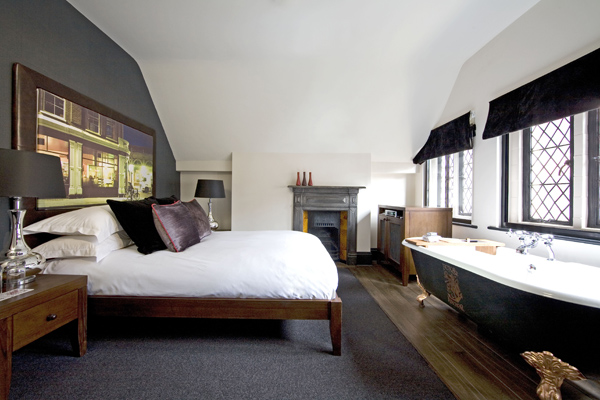