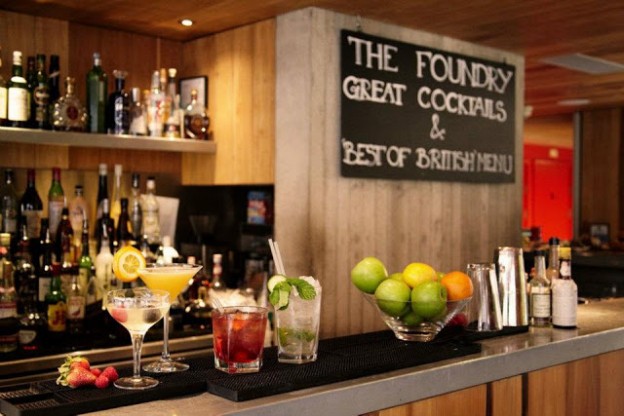 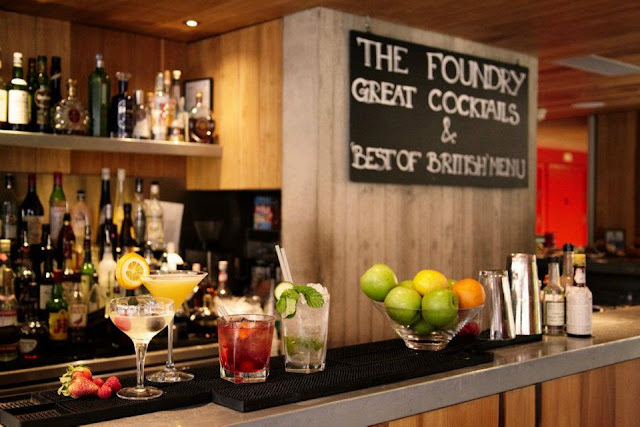 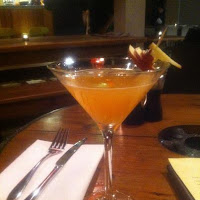 We sunk into a couple of the sofas and checked out the cocktail list which has a good selection ranging from British Cocktails, made using herbs and spices grown in the garden to traditional classics. We sampled the Rhubarb Triangle, a mixture of Aperol, gin and rhubarb liqueur mixed with mint and served in a martini glass and the Lynchburg Lemonade served in a jam jar.

Starters were whittled down to the homemade ricotta and walnut ravioli with sage butter, which was rich dish, the soft pasta filled with creamy cheese was just the right amount for a starter portion. Smoked Trout salad with quinoa, sundried tomatoes, baby gem lettuce and anchovy dressing was a simple yet effective dish.

A British Beef burger in homemade bun with hand-cut chips didn’t disappoint either and full marks on the homemade bun. Whilst Chicken Thighs stuffed with spiced sausage, parsley and pistachio with broccoli, raisins & pine nuts was and interesting dish which would have perhaps been better without the gravy style sauce. 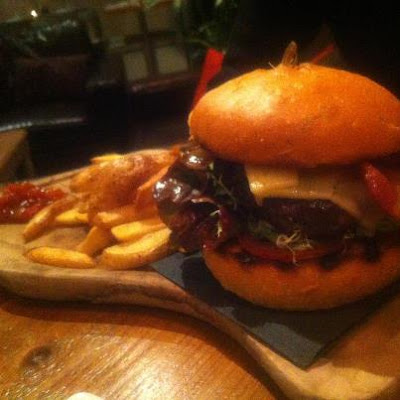 Dessert was being greedy but if they are going to describe a Chocolate Sunday as naughty it has to be tried. Requesting extra naughtiness we cleverly replace the vanilla with chocolate ice-cream, we know just brilliant. Packed with brownies, chocolate sauce, cream and of course chocolate ice cream there was clearly nothing negative to say about this, from a mans perspective at least. WINNER. Though it did ruin us. NAP time.

A great new addition to the Camden drinking and dining scene!