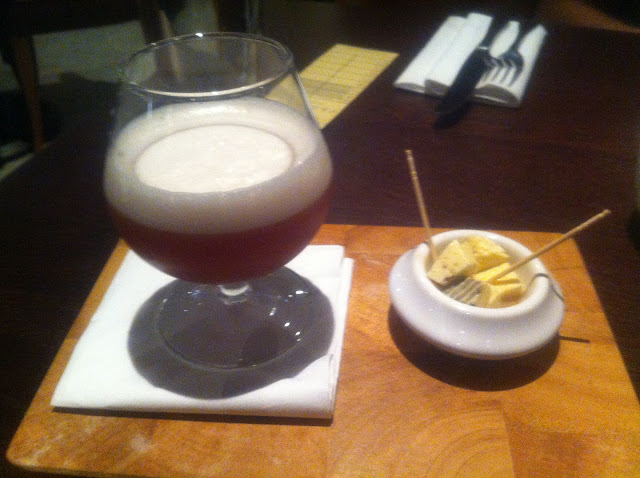 Once seated we were given two menus, the food one in the form of an old newspaper and the drinks one which is a little more sturdy, made from card. There are also token ornaments, machines and what not dotted around as a nod to the restaurant’s name.

The menu incorporates foraged and wild ingredients such as cob nuts, medlar plums, damsons, wood pigeon, guinea fowl and partridge. We started with the currently in vogue bar snack, popcorn seasoned with Bacon & Thyme and the huge Gordal Olives stuffed with Orange Sea Salt and Wild Oregano – the perfect mix of sweet and salty.

To follow the roasted beetroot and soft goat’s cheese salad with honey mustard dressing was a generous dish, the mountains of beetroot meant there was more than enough to accompany the soft, creamy cheese.

The 12 hour cooked Lamb Shoulder served on quinoa was a thick slab of lamb, full of flavour and drizzled with a rich meaty sauce – not for the faint hearted. Whilst the Line-caught sea bass, cockles, crisp potatoes and sea perslane was an interesting dish. The sea perslane added an unsuspecting element to the dish. the texture unlike anything we’ve eaten before and the light fish perfectly cooked.

Cocktails follow the current Victorian trend with various concoctions served in quirky glasses. We sampled the Factory House Punch which was a fruity, creamy drink served with a side of blue cheese – we’re not sure why, perhaps because that’s how they had them in the factory houses?

Overall a great experience with or without the factory house elements. 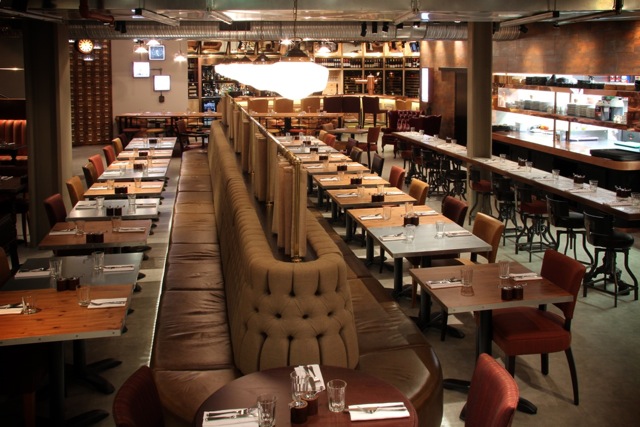