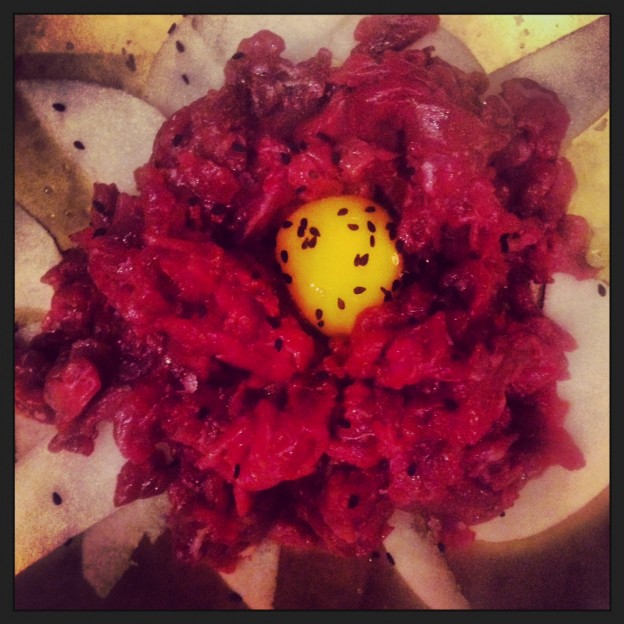 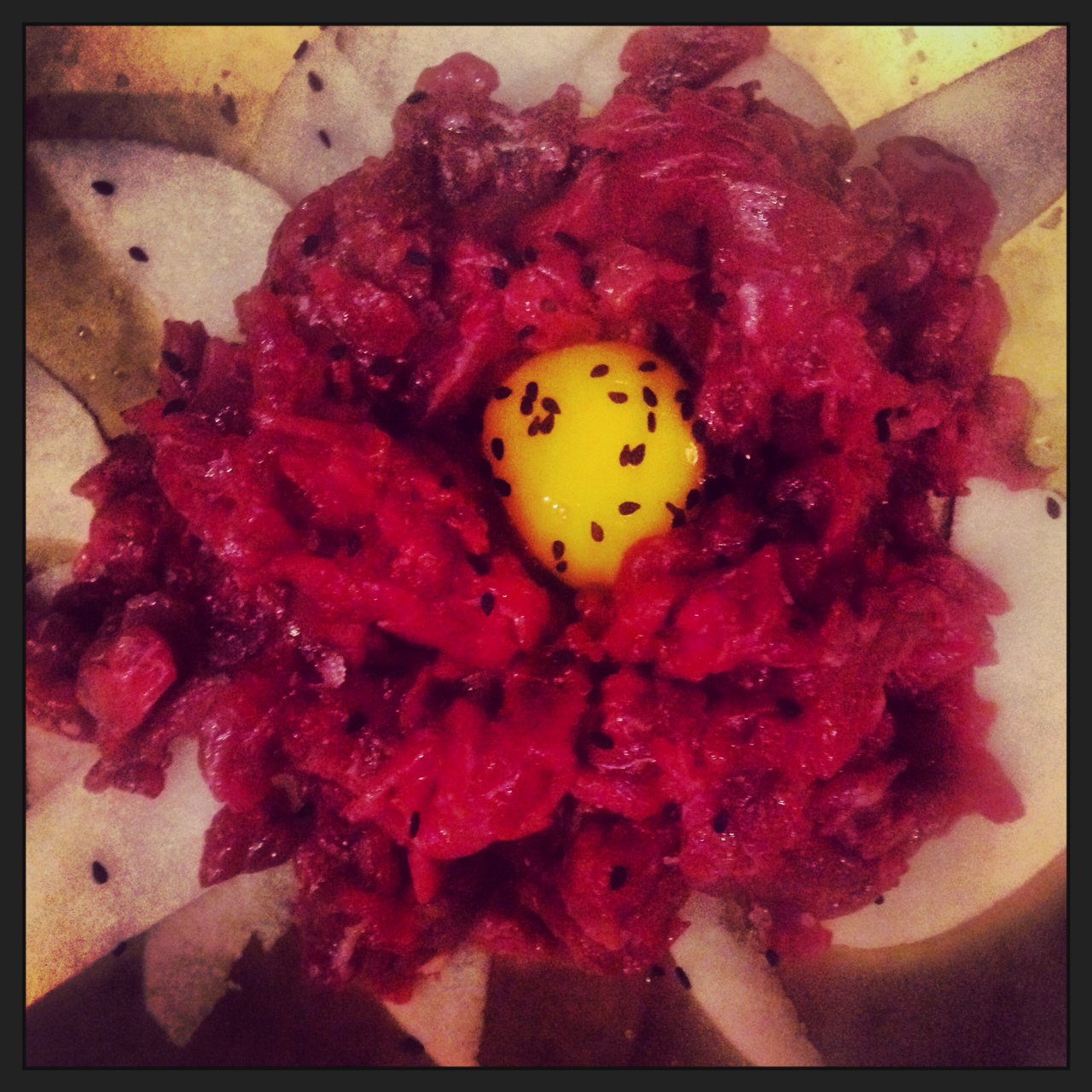 The Dock Kitchen offers a fixed dinner menu which changes every 3 weeks and is inspired by a place one of the team has visited, a book or an idea. We went for the Korean menu launch which came after Stevie recently spent time travelling in Korea.

Starting with a Soju SoHigh cocktail, a fruity concoction with Soju, a Korean spirit which seems to be popping up on more and more cocktail menus of late. We then tried a selection of dishes, our highlights included the deep fried rice cakes drizzled in gochuchang, a thick, spicy, paste like sauce.

Warm rice with raw urchin, aged soy and seaweed marked our first experience with sea urchins, which have an avocado like texture and are certainly an acquired taste. We were much keener on the juicy grilled onglet, steamed pork belly and oysters in gochuchang served alongside small dishes of dried tiny anchovies, Fermented squid, ‘English’ kimchi and Green kimchi that were eaten by wrapping the ingredients in lettuce leaves.

In between main and dessert we had a thin slice of dried mullet roe on radish before indulging in the tangy Yuzu ice cream with black sesame. A great introduction to the Korean dining scene the menu is priced at £45 or on Monday they have a cheeky 3 course offering with a glass of wine for £24.50 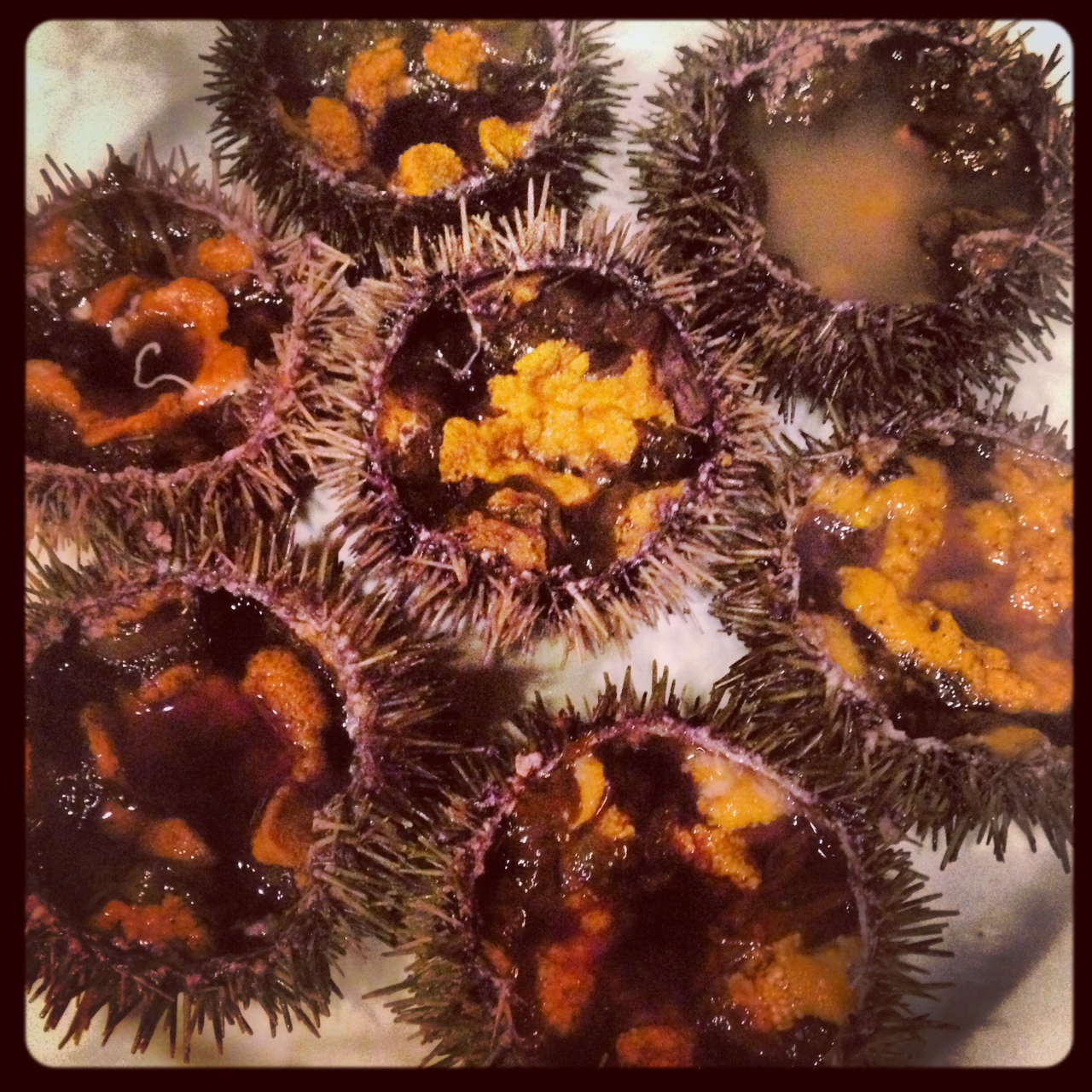