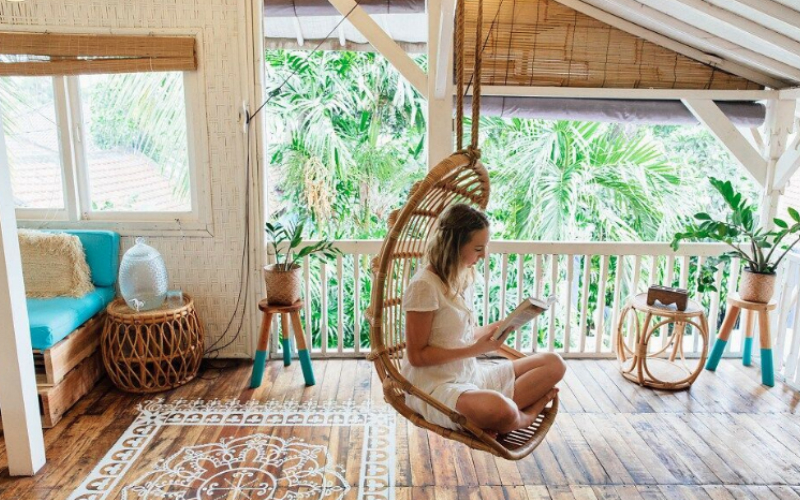 Since the 1960s sun-kissed surfers have been visiting Bali to ride the waves off its southern coast. A combination of great-breaks, guaranteed-ish year-round sun and a general sense of serenity from the local communities, have attracted intrepid travellers and their boards…of all abilities…from across the globe. And for those who would rather not brave a wetsuit, Bali as a whole has long been a magnet for the creative crowd. Its genteel and captivating vibe, appealing to those who would rather opt out of the rat race, albeit it for a short break.

Fast-forward to 2016, and the appeal has only got stronger. Canggu in particular, on the southwestern coast, is gradually morphing from the land of rice farming, with now a growing range of boutique hotels, eateries and cafes designed to appeal to a relaxed, yet intrepid travelling crowd.

When we visited earlier this year, we wanted to stay somewhere that was unexpected, fun and where we could meet like-minded people. The Chillhouse did exactly that. Tucked away, off the main-stretch of the town’s hustle and bustle, The Chillhouse is a surf retreat that encapsulates the pace of life that Bali is all about…with a range of bungalows with private gardens, two pools, a great communal area and the friendliest staff we’ve encountered in recent time.

When we were not too busy lounging around the over-sized beanbags by the pools, slurping on endless fresh coconut water and generally soaking-up the sun, a typical day would normally involve something along the lines of…eating a hearty breakfast, attempting to remain unscathed after a surf lesson, practicing our downward dog during an energising yoga session, exploring Canggu, and then reconvening in the evenings for an organic dinner at the large communal tables. And repeat.

Though chasing waves is high on the agenda for those who stay here, the team at The Chillhouse believe that the best surfing experiences are had when you are eating good food, meeting interesting people and generally getting to know the ‘real’ vibe of where you are visiting. If you’re looking for somewhere to unwind without breaking out the credit card, The Chillhouse hits the spot.