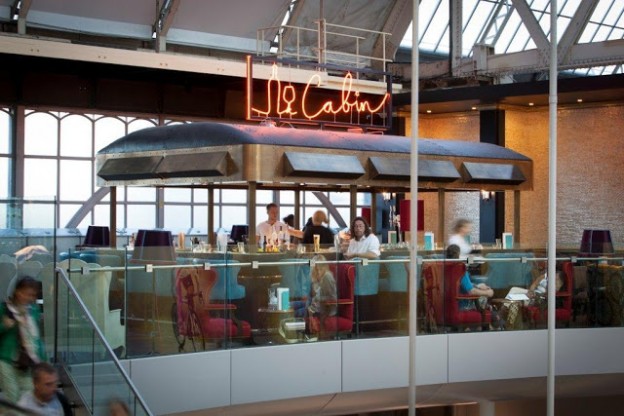 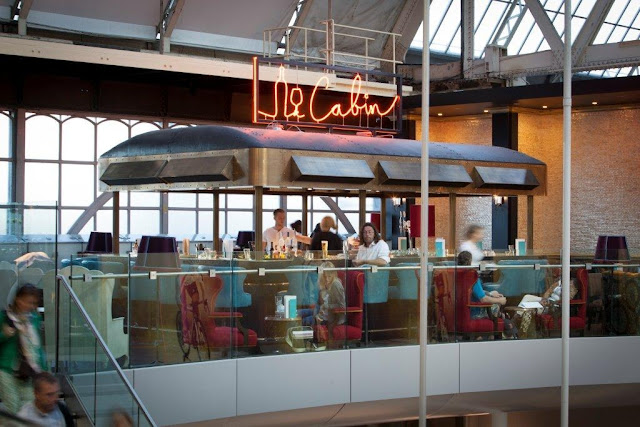 The bar has a huge wine list as well as offering some exclusive ales. They have a cocktail list too which includes to name a few; the Boarding Pass Bramble – Bombay Sapphire, lemon juice and creme de Mure, The Havana Central Mojito – Havana, mint and line and The Grand Central Cosmo – grey goose and cranberry. Just in case you forgot you were at a train station.

To eat the theme is British tapas we tried; the orange and goats cheese salad served with walnuts and a sage dressy; the chorizo and fennel sausage roll – sausage meat rolled in flaky pastry with a tomato chutney it’s so good you might never crave a Greggs again (might); lamb shank shepherds pie – slowly braised lamb with a hearty montgomery cheddar and mashed potato crust; honey roast ham hock terrine with homemade piccalilli and three spelt bread which not only tastes good, it’s perfect for the diet too; pulled pork mini burger with a fruity apple and fennel coleslaw and the black pudding scotch egg.

For desert we’d recommend the Valrhona chocolate brownie – rich, dark and smooth – just the way we like ‘em and the Pot Shot – sherry trifle topped with sherbet fizzing popping candy.

The Waterloo outlet is set to be the flagship bar in the ‘Cabin by Corney & Barrow’ concept so watch out for more coming soon to an airport or train station near you! In the words of website “Don’t kill time, make the most of it and head to the bar”. Bottoms up baby!