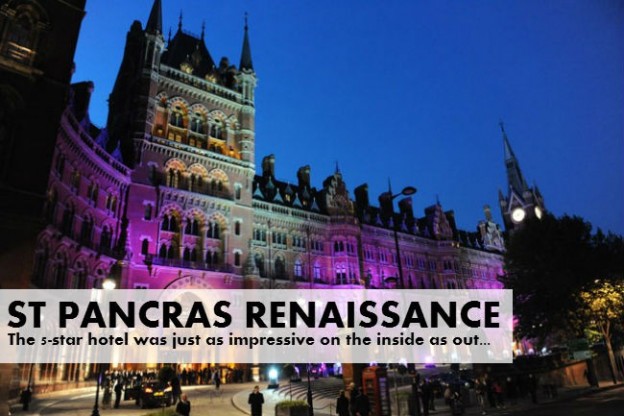 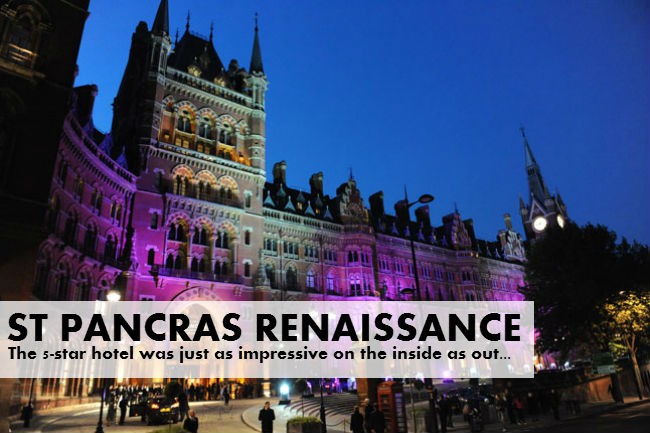 The first thing you notice upon entering the building is the grandeur of the decor, the ceilings are high with window panels on the roof which let in natural light. There’s bon bons on the check-in desks, fresh sunflowers and the staff are suited and booted without a stray hair in sight. Our room was located in the “old hotel” which houses just 38 rooms and suites, named The Chambers guests who stay there also have access to a private Chambers Club Lounge serving up complimentary drinks and nibbles with 5-star service.

The corridors in the hotel are huge, made so for ladies in the olden days who wore massive skirts, so that they could walk along them without getting stuck. The corridors feel a little eerie, completely silent with thick carpets which muffle any footsteps, the kind of place one feels you must whisper…

The Chambers Junior Suite (which was our abode for the evening) was spacious and airy with all of the standard 5-star touches; king sized bed, robes, extensive bathroom with bath, full size Ren products, fluffy towels – the lot!

The hotel is home to two restaurants; The Booking Office which leads straight into the train station, has live music on Fridays and has a buzzing atmosphere and The Gilbert Scott which leans more to the fine dining side. We dined in The Gilbert Scott run by Marcus Wareing’s team which serves up British classics with a twist in stunning surrounds. We started with the picture perfect Dorset Crab, fresh and full of flavour it was almost a shame to eat it and ruin the display!

Poached Hake with shellfish salad, pickled seaweed and lemon was a generous portion of fish balancing on top of a selection of juicy shellfish and seaweed whilst the flaky, fresh Halibut came served alongside a punchy almost salsa like chunky tomato mix. For dessert there was only one thing for it, Mrs Beeton’s snow egg with marmalade, custard and almonds; a fluffy, light meringue style egg floating in a creamy sauce.

Back upstairs we slept like babies, unaware of the trains below and people coming and going. Before check-out we took a quick dip in the hotel’s Victorian tiled pool which is located in the basement, tucked away in an oasis below. There’s also a gym and sauna/steam room.

For a bit of old style decadence in a building with a background, great food, spa and bar the St Pancras Renaissance is where it’s at. What’s more you don’t even have to leave London to find it either, however gents if you are reading this we strongly recommend booking the hotel before a trip on the Eurostar – talk about starting your travels in style!