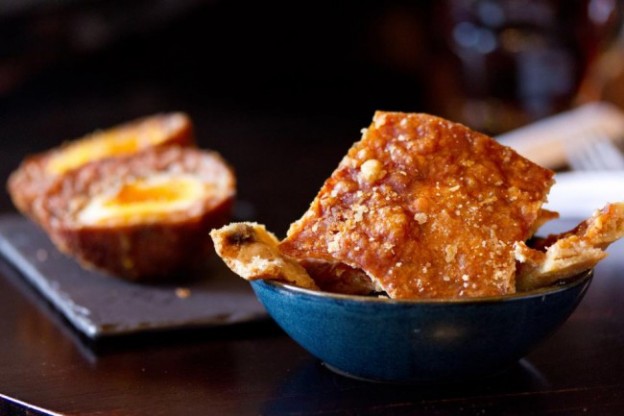 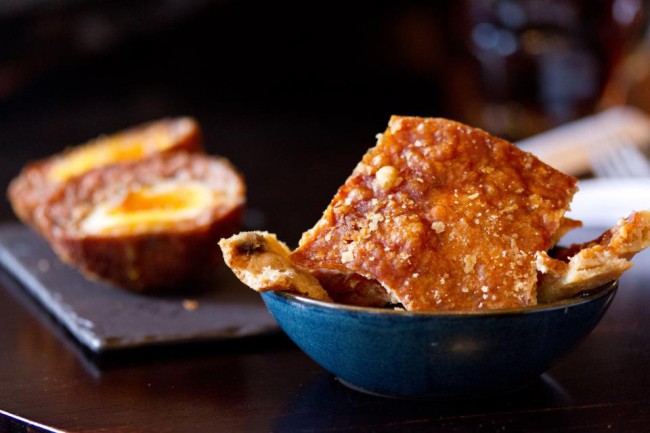 Everything is homemade apart from the bread – full marks here – and you can expect a pretty long list of drinkies with Pimm’s in summer and Hot Toddies in winter. The pub also specialises in beer and food matching events which are a great way to end a walk around the Heath – you got yourself a Father’s Day right there people!

We recently went down to try the Sunday Roast and the dining room was fully booked, which tells you all you need to know. We started with the scotch egg, served warm it was perfectly crispy on the outside with soft meat encasing a runny boiled egg inside and the meaty game terrine.

We followed with the roast, there are other options but if it’s a Sunday you’d be a fool not too! The tender Rib Eye beef was served in a generous portion with a huge homemade Yorkshire pudding and all of the trimmings. Whilst the slow roasted pork belly was packed with flavour and topped with crunchy crackling – HELL YES. At around £17 for Sunday lunch it might seem expensive but given the quality and portions it’s well worth it.

We ended with a treacle tart served with white chocolate & Amaretti biscuit ice cream and an Apple & blackberry pistachio thyme crumble with vanilla cream. It’s safe to say we were rolling around that Heath afterwards. This might just be our favourite Sunday roast in London. Check it out people!