Located in Moorgate, the hotel is also within a short walking distance of Barbican, Old Street and Liverpool Street stations which means it pretty much has transport covered. The 80 rooms come in five different types, our abode was one of the South Place rooms. The room came with all mod cons; a widescreen TV, king sized bed, free WiFi, impressive mini-bar and the odd quirk here and there, including the “IN” and “OUT” brochures which act as a guide for guests inside the room and outside the room. But the highlight had to be the bath, it was huge, so big you could fit two in side by side comfortable – saucy? We like. 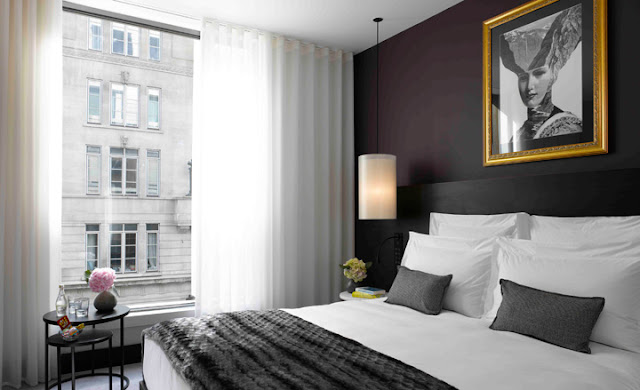 The communal areas of the hotel are where it really comes alive, the ground floor offering an all day casual restaurant and bar, both of which were jumping on a Friday evening. Whilst up on the roof you’ll find The Garden outdoor bar, Angler the fish restaurant which serves seriously good food and then there is Le Chiffre. Le Chiffre is a private members club which only open to hotel guests and let’s face it this place is super cool. Not only is there a pool table, library stocked with staple reads and a bar which resembles a booze cupboard, the room also houses a turntable with a collection of iconic records for your enjoyment. 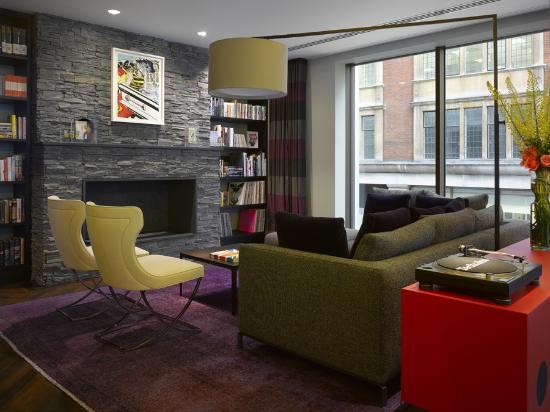 It’s clear that a lot of thought has gone into South Place Hotel, from the staff uniforms which have been designed by D S Dundee to the limited edition in-room prints. The staff are also pretty on it too, having called to request some earplugs at 1am due to noisy air con they were literally at our door minutes later. For a slick stay in a convenient location with all your drinking and eating needs taken care of inside the hotel, South Place ticks all the boxes.