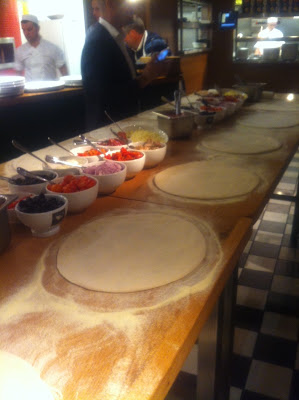 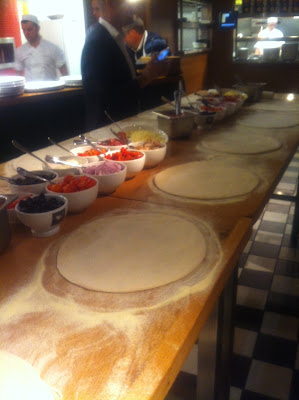 The restaurant is informal and the atmosphere is buzzing. We were on a group meal so tried a selection of the starters, highlights included the Bruschetta, a generous portion of four slices of bruschetta. Half topped with Mediterranean vegetable caponata and half topped with vine ripened cherry tomatoes, mozzarella di buffala & rocket. Both were full of flavour and the juicy, fresh toppings sat well with the thick toasted bread.

Fritto Misto was another huge portion of lightly battered king prawns and baby squid served with garlic mayo. For mains we went back to school, the kind of school all the kids want to go to and no-one bunks off, Pizza school. That’s right Pizza school which basically involves creating your very own pizza from a selection of fresh toppings. We opted for sun dried tomatoes, fresh tomatoes, onions, goats cheese and mozzarella.

Full compliments to the chef, the pizza was thin, crispy and full of flavour – they obviously were born to make pizzas. The pizza school is open to all diners at the Oxford Street branch but booking is recommended – a great idea for a first date. The food is all reasonable priced too. For cheap, fast Italian food give it a shot. 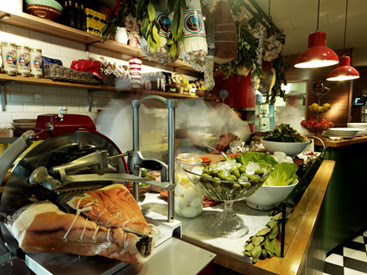