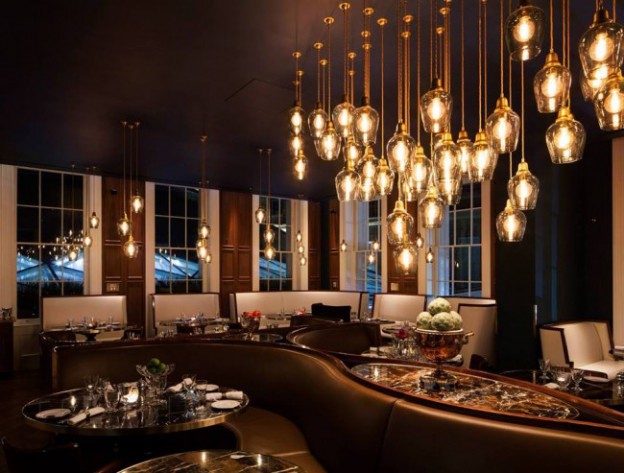 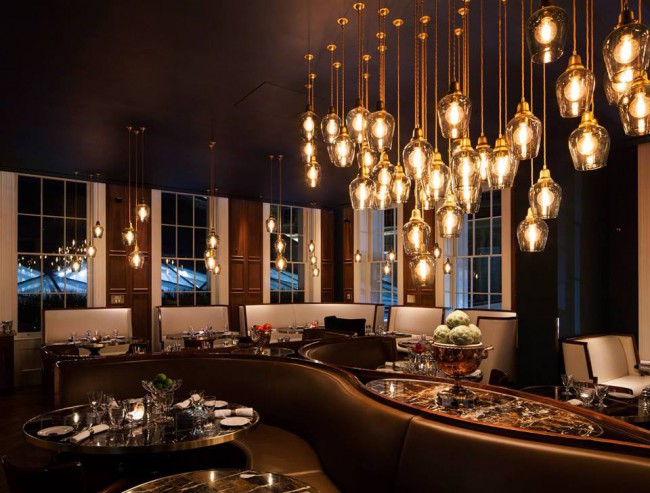 The decor lends itself well to dinner dining with rich blue walls and lots of plush wooden furniture. We nibbled on a huge yorkshire pudding with roast garlic and broad beans with mint sea salt from the appetisers whilst we deliberated over the menu.

We started with the rich fish soup, packed full of flavour this dish was a treat to eat whilst the retro prawn cocktail was exactly that, but hey if it’s not broken, why fix it? For mains the Pan fried Dover Sole with seaweed butter was a huge piece of butter soft fish, at £32 it’s not cheap but there really is enough for two people. It was a WHOPPER and left the grilled pork chop at the starting line.

We were too full to tackle a dessert each so shared the cold chocolate and blackcurrant fondant which ended the meal on a high note. Service was impeccable, cocktails were killer and the wine list is decent too. If you haven’t been already this is one to put at the top of the list.