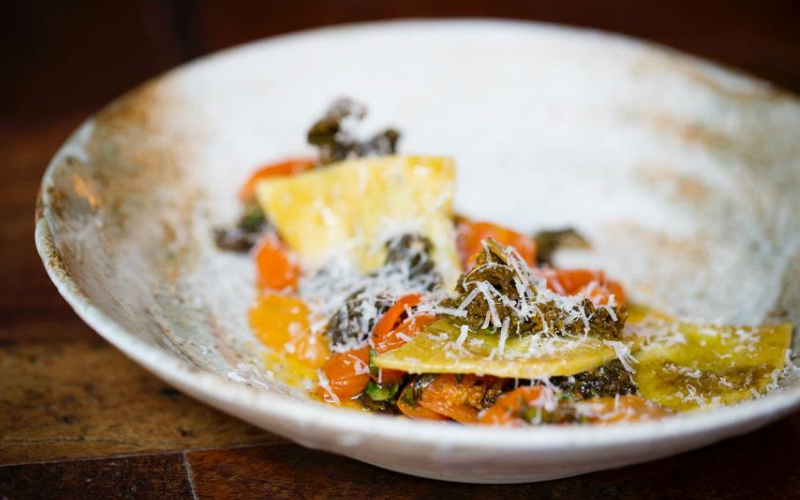 The original Picture opened on Great Portland Street three years ago now and it’s been building a great reputation for itself ever since. Now the team have just opened a second Picture, about a 10 minute walk away, on the Marylebone end of New Cavendish Street. Much like the first Picture, they’ve done a great job of the interiors, stripping them right back to white walls, a nice wooden bar area and plenty of natural night through windows at both the back and front. All in all, it looks very smart.

The menu is full of fresh dishes for summer and we kicked off with a glass of fizz and some ‘beef bites’ meatballs – at only £1 each it would be rude not too. We then worked our way through the rest of the menu which is split in to veg, fish, meat and dessert, with three options for each. We began with caramelised onion ravioli served with peas and broad beans, then hake with smoked haddock, hispi cabbage and red onion. A highlight was the 28 day aged beef, juicy and tender and served with bone marrow and red wine sauce. The portions aren’t huge (in a good way) so you’ll have room for dessert at the end and we demolished the iced mascarpone parfait with strawberries.

Picture is a great new spot for local residents and workers, but it’s also well worth making a trip for. Add it to the list.