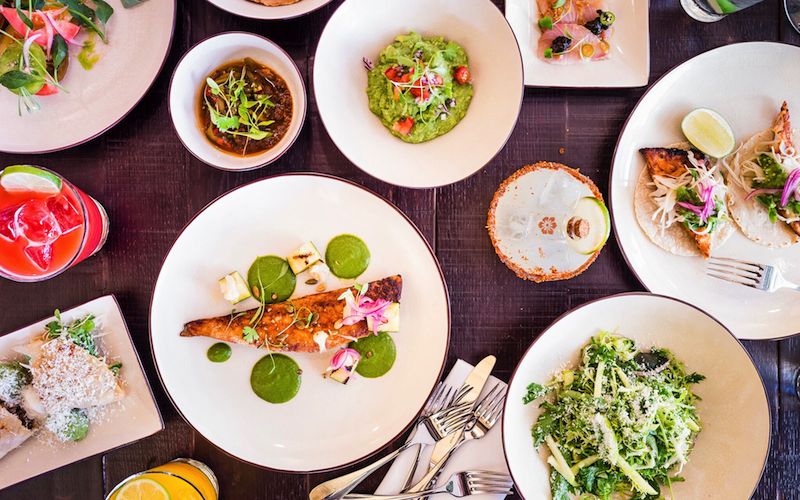 Tequila is to wake the living, Mezcal is to wake the dead…well that’s what Peyotito say anyway and the new Mexican in Notting Hill doesn’t get much wrong. The hidden gem opened up at the beginning of July serving up a modern Mexican menu.

With exposed brick and a concrete bar the place has an industrial feel, but definitely doesn’t lack any Latino atmosphere – it was in full fiesta mode when we popped down on a Friday night. The menu is split into five main areas Ensaladas, Crudos, Ceviche, Moles and Maza. With so much choice we went for a selection across the board, but the real standouts were the Tostada de Atun; yellowfin tuna, salsa macha and guacamole puree and the super soft Mole De Olla; short rib slow cooked in traditional dried chile broth. Then there’s the Churro con chocolate because churros are ALWAYS a good idea and so are Peyotitio’s take on the Margarita; spicy Tajin salt rim, Blanco tequila, Cointreau, Agave syrup, lime juice and a sneaky shot of Mezcal.

Go for the food, stay for the cocktails!