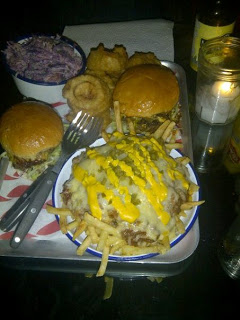 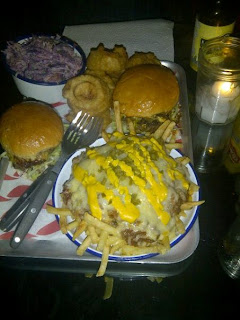 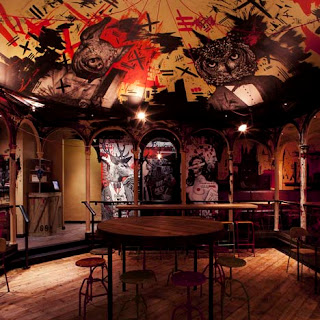 So we thought we’d do a repeat visit and guess what? It passed the test with flying colours. We headed along at just after 5:40pm – any later and we’d have had to queue. To drink we sampled a couple of the quirky cocktails served in jam jars…we can’t remember the name because for us it was all about the food…One Bacon and Cheese Burger, One Green Chilli Burger, Chilli Cheese Fries, Onion Rings and Slaw to be precise.

The burgers were amongst the best we’ve ever eaten, huge juicy meaty burgers with buns which lasted the test of time. The Chilli Cheese Fries were another success, a mountain of fries coated in spicy chilli crammed with jalapenos and smothered in cheese. Onion Rings were chunks of onions perfectly fried and the slaw was a bowl of homemade goodness.

We couldn’t fault Meat Liquor – maybe we’d have felt different if we’d of queued especially given the size of it when we left. However with news of a second opening in Covent Garden this spring it looks like the queuing time maybe reduced.

We know you’ve heard it all before but these are some BAD ASS burgers!!! The graffiti interiors, Rock’n’Roll sound track and reasonable prices only add to the appeal. If you ain’t already been we’d recommend you get down there sharpish. 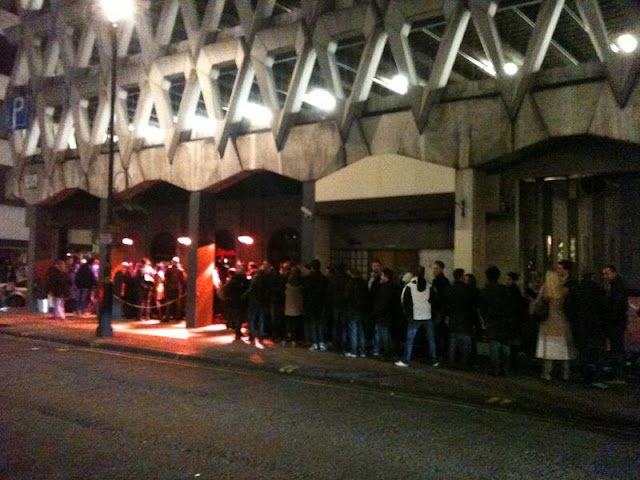