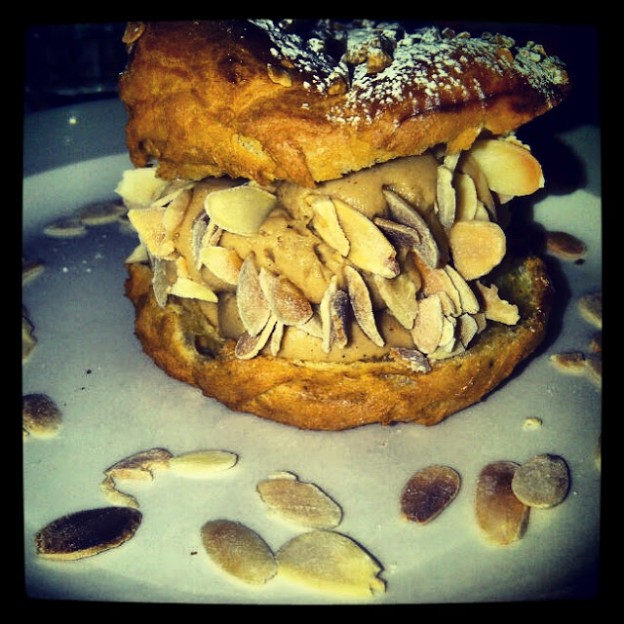 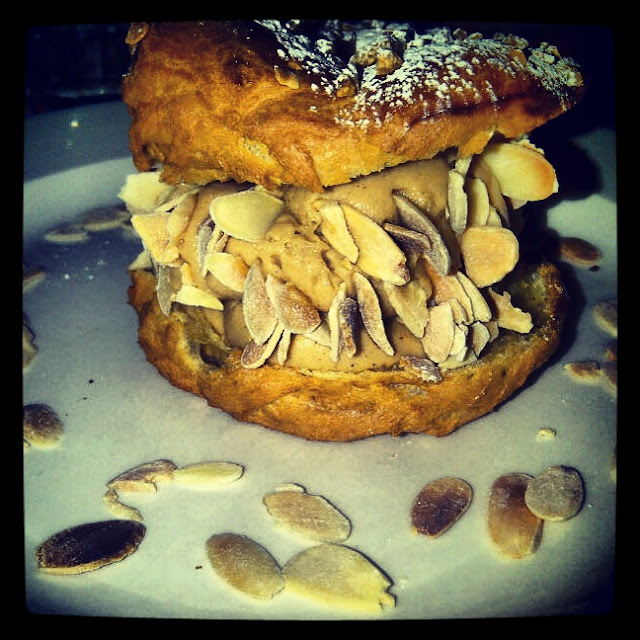 The restaurant is the third venture from Michelin–starred duo Anthony Demetre and Will Smith and sibling to Arbutus and Wild Honey which means it has big boots to fill. The restaurant shares the sames ethos as it’s sisters offering great value quality food, this is reflected in the menu with something for all budgets from Cheeseburgers and hot dogs to seabream and steak – there’s even a pre-theatre menu which has 2 courses for £10 – BARGAIN.

We however opted for the A la Carte starting with the celeriac, apple & bacon soup, a thick, creamy soup with a strong bacon flavour filled with soft chunks of apple. Ceviche of swordfish, lime, chilli & coriander was perfectly executed the fresh fish coated in a zingy, spicy marinade.

For mains the Steak frites with shallot sauce sounded very apt – when in France. Served in a separate pan the steak was soft, juicy and tender. The skinny fries, a tad over salted for us, still proved too addictive to leave alone. Another main of roast halibut with green vegetable salsa was a generous piece of fish laid on a bed of tangy salsa which could of done with a little less oil if we’re honest.

For dessert the rice pudding was hearty and comforting served with a dollop of fruit jam but the Paris Brest stole the show, a massive choux pastry filled with praline cream. Awesome. Full marks to the staff including the young gent on the door who did a great job of impressing our lady friend, even if we didn’t. For rich French fare that won’t break the bank you can’t go far wrong with Les Deux Salons.