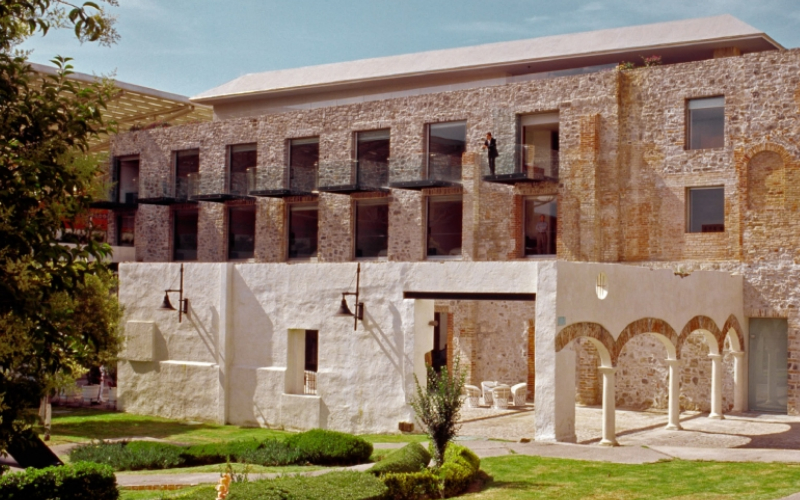 Whilst the hotel might feel grand there’s actually only 26 rooms, given letters A – Z. We stayed in a Superior room which was cleverly designed to feel bright and airy, with a huge floor to ceiling window at one end and a wardrobe made from clear perspex so that you could look right through. The rooms come with everything you need; toiletries, robes, slippers and a comfy, comfy bed. There’s also a restaurant on site too, which is where breakfast is served although we’d say skip it and get something out. This was the only thing that was not so great. If you’re going to Puebla there’s really only one hotel to be checking into…