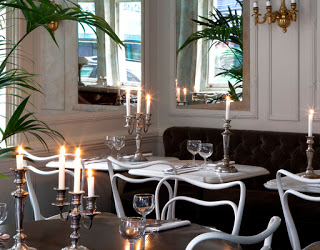 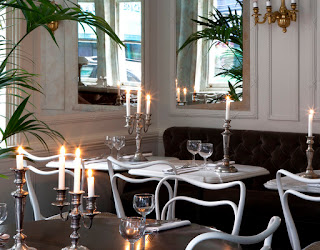 Set over several spaces including The Brasserie, The Pudding Bar, Champagne Bar, The Apartment and several private dining rooms there is something to suit all occasions. We started in the Champagne Bar and sampled the Nyetimber Classic Cuvee – at £14 a glass it’s quite pricey and so good it goes down a little too fast…..

But it’s the food we were most impressed by, to start the Beetroot Cured Salmon with Lemon Creme Fraiche, is a simple dish but the kick from the lemon really brings it to life. A good choice for those who want all of the flavour but less of the over fill.

For main we opted for the Chicken Breast with Rosti Potato Braised Leek and Girolles. Full compliments to the chef, the dish was cooked to perfection, the meat was plentiful and the sauce that accompanied the dish was DIVINE with a subtle tang that got the full thumbs up.

For desert the chocolate Amaretti Torte was rich and dense with a strong kick from the amaretti whilst still being light and fluffy enough for us to be able to manage the lot.

We left Kettners satisfied and stuffed, in agreement that we would return  – its all about the work hard and play hard!