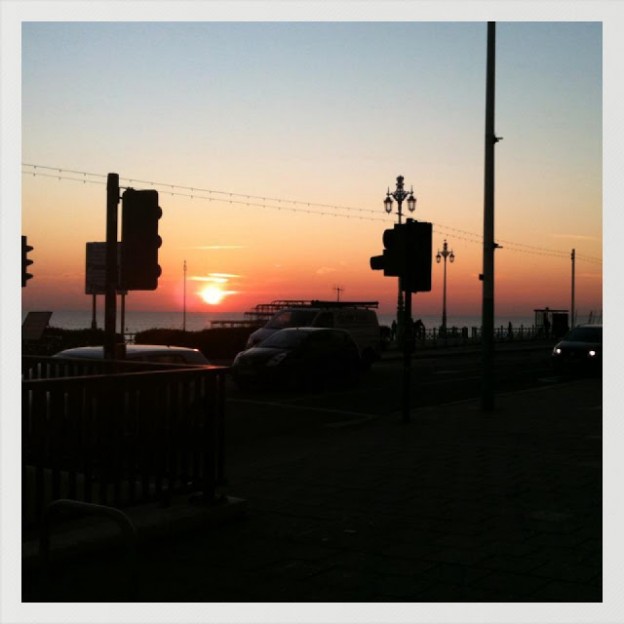 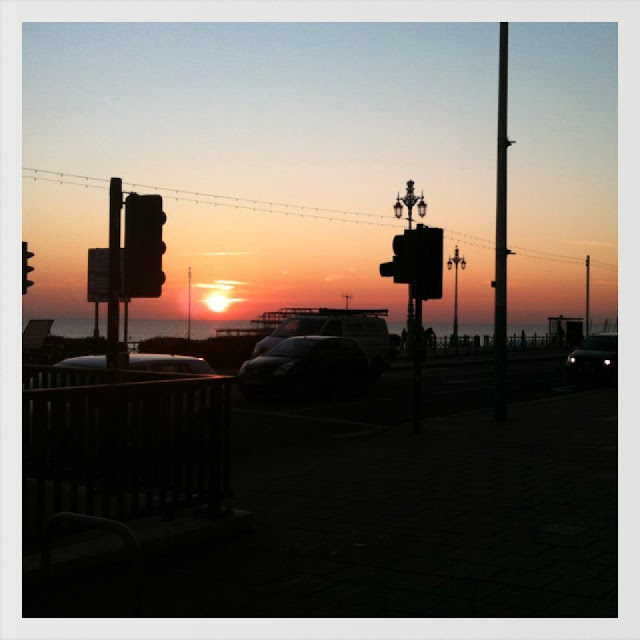 Our home for the night was in the Pub du Vin located a stones throw away from the pebbled beach. Pub du Vin is joined on to the Hotel du Vin Brighton and shares the same ethos only the rooms are named after beers and the food offering is focused on English comfort dishes rather than French fayre. Our room for night was Arundel and came with all the usual in-room treats you need for a comfortable stay; plasma TV, iPod dock, DVD player, huge comfy bed, a double walk-in shower (ooo la la!), nespresso machine, Miller and Harris products, fluffy white robes and the trademark roll top bath in at the side of the bed. 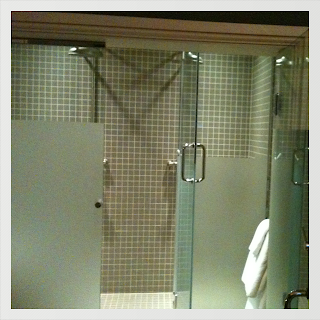 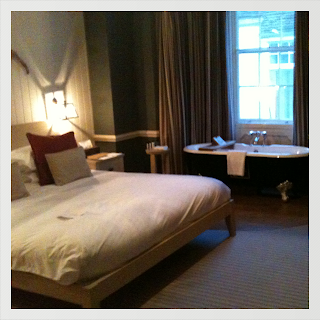 We’d like to say we went out and explored Brighton that night, but we didn’t, instead we opted to make the most of the room only leaving to eat dinner in the Pub below. We started with a bowl of the home made Pork scratchings, the perfect bar snack and a Scotch Egg which was made to order, served pipping hot with a hard boiled runny egg inside.

Mains were equally as pleasing, a generously filled Steak and Ale pie with chips and veg and a large bowl of mussels mariniere. After a good nights sleep in our cosy room we woke up just in time for breakfast served in the Bistro and what a bloody breakfast. As well as a spread of fresh croissants, fruit, granola, yogurts and many more treats the Bistro offers a small menu of hot options, we sampled the Fresh waffles with maple syrup and bacon and a Full English breakfast. The waffles were the clear winner – a whopping great fresh fluffy waffle topped with bacon and served on a wooden board alongside a pot of maple syrup – too big to finish but too good to leave, we demolished it.

A fine stay in prime location the only thing spoiling was the bloody weather, still more time to spend in the bath…where’s that remote gone! 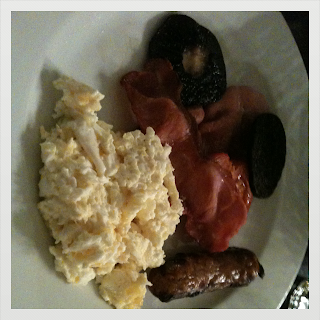 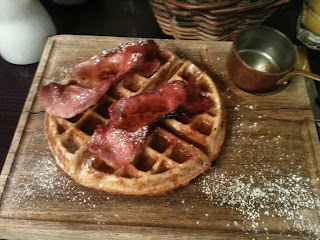